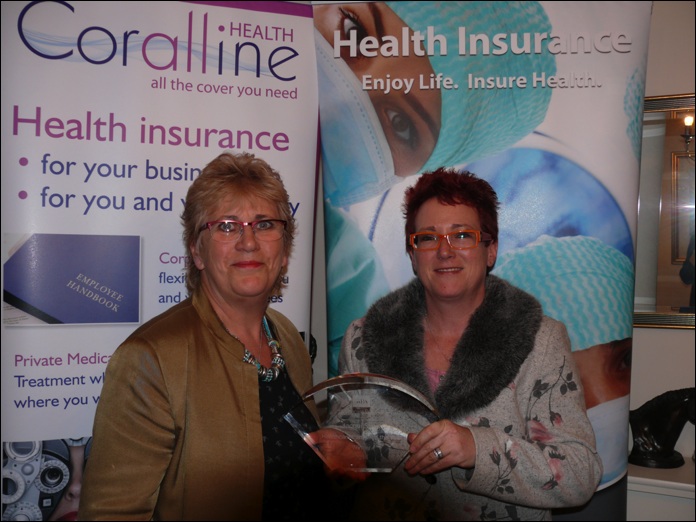 Two Brixham-based business ladies are celebrating after receiving a National Award for the performance of their successful health insurance business.  Founded by Jacqui Shaw and Pauline Neal, Coralline Health has been declared the winner of the ‘Western Provident Association (WPA) National Healthcare Partner of the Year’ at a prestigious event in Frankfurt.

Selected out of over 80 partners around the UK, the winners were chosen based on their professionalism, sales and retention record aswell as their compliance and complaints processes.

It’s the latest in a string of accolades won by the healthcare insurance company, which started trading in Brixham in 2011.

The fast-growing business was born out of Jacqui’s many years experience in the insurance industry and Pauline’s background in the NHS. Their hard work has now been recognised with this latest award from WPA. Jacqui is also mentoring other WPA partners across the south west and, as an ex-England hockey player she described her success in familiar terms; ‘ It felt marvellous at being recognised at a national level – almost as good as winning an England hockey match!’.

Pauline said: ‘It was always our intention that Coralline Health would be an ethical business providing top quality healthcare insurance at an affordable cost. This award goes some way to confirming that we are consistently achieving that goal.’

The pair are also business stalwarts in Brixham, being active members of the Brixham Chamber of Commerce and founders of the networking organization Brixham MeansBusiness.