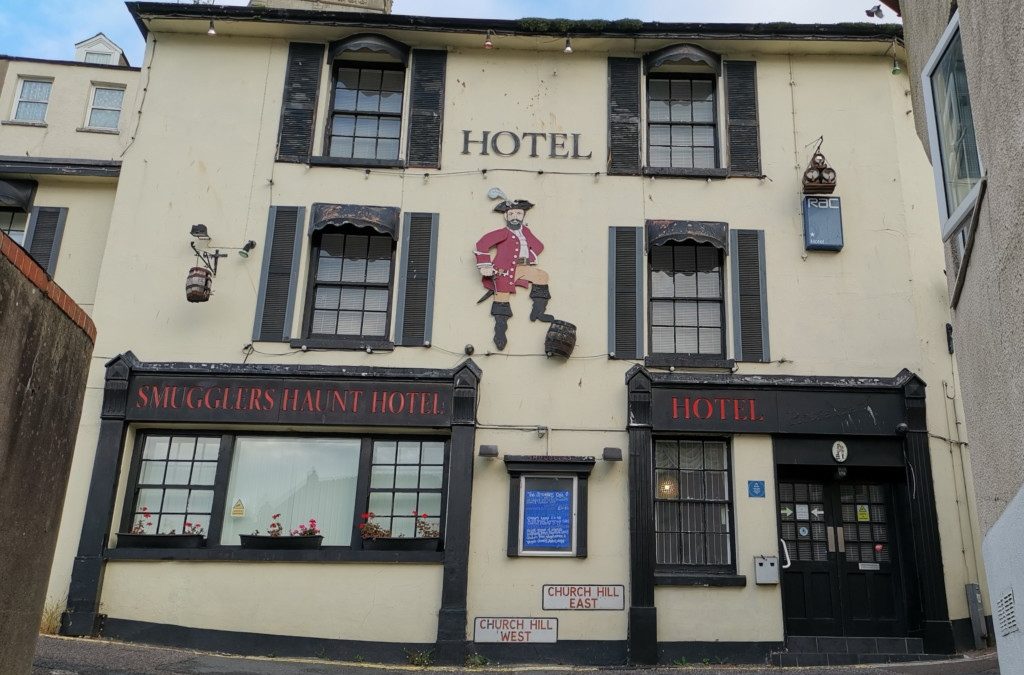 Brixham has more than its fair share of hauntings. The theatre, museum and various private residences have reported strange things happening.

One of the more well known, allegedly haunted dwellings is the Smugglers Haunt Hotel.

The building was originally two cottages and is around 300 years old and is a very popular hotel.

Although its name might give the impression that it is haunted by a smuggler, the ghosts that reside there are anything but.

It is true, though, that a smuggler by the name of Bob Elliot, lived there in the mid-1800s.

The story goes, that he was the recipient of some stolen contraband and to move it safely from the area he faked his own death. He was a large man and so a large coffin was made in which to hide the contraband and get it on its way to Totnes.

After the coffin had left the building, Bob Elliot made his way furtively, along the highway but was spotted by the local coastguard.

They, having seen him and thinking him to be dead, thought they had seen a ghost, and from then on referred to him as ‘Resurrection Bob’.

After this time the cottages were reconstructed, and became known as the Smugglers Haunt Hotel.

Over the years strange things have been happening in the hotel. Around the 1920s, a girl was thought to have fallen to her death onto the street below from one of the bedroom windows.

Her ghost has been seen by many guests over the years. She is quite mischievous and has been known to pull the bedclothes off a bed while a guest was quietly sleeping there. She is referred to as ‘Aggie’.

Lights in the hotel have turned on and off, a strange knocking has been heard and a ghostly man has been seen sat at one of the tables.