The show goes on… 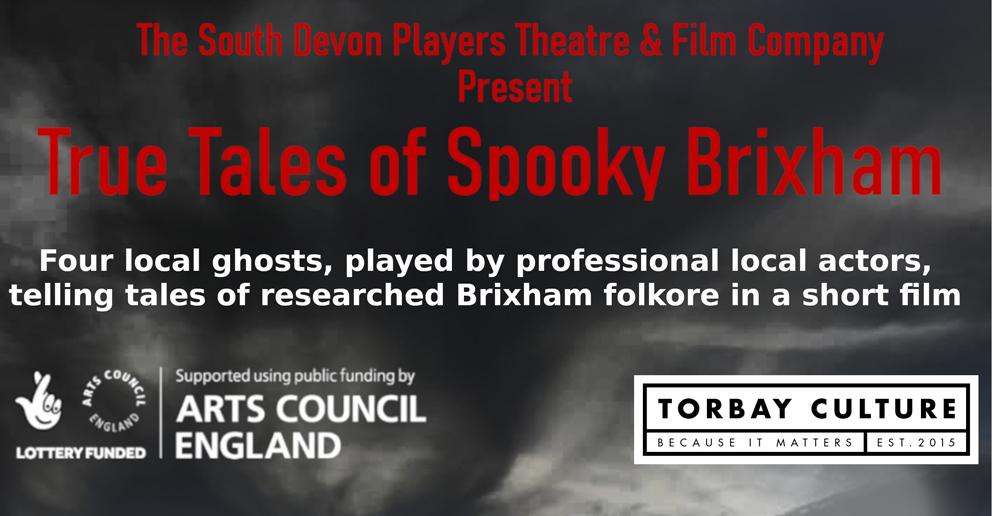 Theatres and the performing arts are, like many industry sectors, experiencing extreme hardship as a result of Covid-19.

With Theatres closed, The South Devon Players Theatre & Film Company, from Brixham have put together a programme of streamed productions which for the cost of a theatre ticket, people can view on their TV, computer or mobile device.

In the summer, the company was lucky enough to receive Arts Council England funding, via the Create To Recover initiative (spearheaded in Torbay, by Torbay Culture) for a project celebrating the folklore of Brixham. With a planned completion date of the end of October, it was decided that exploring the more ghostly, and spooky side of Brixham’s past would be a seasonal piece for Halloween. Four of the many local stories and histories were selected, and brought to life by some of the company’s actors in pieces written and directed by company founder Laura Jury. These were recorded for a stream to go live over Halloween.

Feedback from viewers was wholeheartedly positive:

“I’ve just watched the production, and really enjoyed it, well done! I didn’t realise virtual theatre would be so fantastic. “(S.L.)

“What an ingeniously devised and wonderfully performed piece. It really made our Halloween. Looking forward to the next one. ” ( I.K )

One of the ghostly tales in the broadcast told of John Slater, a well known British actor, who saved the theatre from closure in the 1970s, and whose ghost is often said to appear in the theatre to this day, watching shows and rehearsals. As the actors and crew were paid from the Arts Council funding, the company decided that the ticket sales should be donated to Brixham Theatre to help their home-town venue with ongoing improvements.