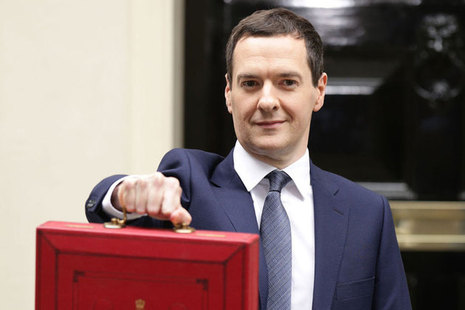 In his full reaction to the Chancellor’s Summer Budget, John Longworth, Director General of the British Chambers of Commerce, said:

“George Osborne has delivered a genius balance of politics and economics that provides stimulus for the economy while continuing the tough task of eliminating the deficit. Steady deficit reduction means the economy still has the oxygen it needs to grow.

“The Chancellor has confirmed that Britain is open for business. Firms across the UK will cheer not just the new permanent Annual Investment Allowance, further Corporation Tax reductions, and lower National Insurance for small businesses, but also commitments to childcare and higher education that help them employ Britain’s best.

“Companies will offer a cautious welcome to proposals on transport, training and local decision-making, but will want to see precisely how the Chancellor’s moves will make roads better, improve skills, and allow them more power to determine what happens in their cities and counties.

“Most Chamber member companies already pay their staff at or above the Living Wage. They will want assurances, however, that moves to create a National Living Wage follow an evidence-based approach, and minimise impacts on smaller firms, for whom adjustment will be harder.

“We hope that the Chancellor’s reference to the free movement of aircraft over West London is a portent of a rapid decision to expand aviation capacity at Heathrow, in line with the Airports Commission’s recommendation.”

Commenting on the additional measures announced in the Budget, John Longworth said:

“Businesses across Britain will cheer the announcement of a permanent, £200,000 Annual Investment Allowance – something we have been advocated for over many years. This will be an important shot in the arm for businesses that are investing for growth. As the one tax break that offers significant support for medium-sized companies, it will support the firms that repeatedly deliver jobs and tax revenue here in the UK.

“It means businesses can plan investment over a reasonable period, and help to deliver the productivity increases Britain needs.

“The Chancellor should in future go further, and extend the Annual Investment Allowance to cover premises improvements and more types of training, not just plant and machinery.”

“The less National Insurance companies have to pay, the more confidence they will have to hire new employees. This will be a real boost for small and start-up businesses.”

“The Chancellor’s commitment to further cut Corporation Tax is a clear sign that Britain is open for business.”

“Passing the fruits of hard work to the next generation appeals to everyone. Yet it is wrong to raise inheritance tax thresholds at the expense of pension saving. This particularly hurts entrepreneurs, who defer their own compensation while investing in their companies.”

“As the vast majority of UK businesses diligently pay all the tax they owe, we support the Chancellor’s attempts to create a level playing field for all firms. The employment of aggressive tax avoidance schemes by a small minority continues to be a major source of frustration within the business community.”

“The decision by the Chancellor to commit the revenue raised by Vehicle Excise Duty to a Roads Fund will be welcomed by businesses, who have long wanted to see a dedicated source of roads funding. Investing in the country’s infrastructure to deliver promised investment in road and rail is vital for long-term economic growth. We will need to see more detail on how much extra this will deliver to invest in much needed improvement in our road network. In addition to new and upgraded roads, maintaining the existing network is also vital.”

“Our research shows businesspeople in England broadly support the concept of further devolution to their local area. The announcements today on further powers for cities, local decisions on Sunday trading, and Enterprise Zones for smaller towns will be welcomed by many.

“Greater local-decision-making must come alongside greater efficiency in local government, greater accountability and better results. Our proposal for a ratepayers’ vote on local economic development strategy and funding decisions would ensure that plans for an area’s future have the support and input of the whole business community.”

“If the government is serious about boosting apprenticeships, it should focus on improving quality of apprenticeships to make them more attractive to employers. Businesses of all sizes need positive encouragement and an apprenticeship system that meets their needs.

“It’s also disappointing that businesses have not been consulted on the move to introduce an apprenticeship levy on larger firms.

“Any reform to pension saving and taxation must bear entrepreneurial aspiration in mind. Cutting pension tax relief for those who seek long-term rewards would be a step backwards.”

“It is disappointing that we didn’t hear anything in the budget to tackle the root problem in the housing market – the lack of supply. The Government needs to put forward credible plans on how it will address this issue.”

“They will want assurances, however, that moves to create a National Living Wage follow an evidence-based approach, and minimise impacts on smaller firms, for whom adjustment will be harder.”

“Expanded access to childcare is a win-win for employers and parents alike, helping more talented individuals to stay in work. We hope that roll out of this measure is done in a cost effective manner.”

Commenting on the new forecasts published today by the OBR in conjunction with the Chancellor’s Budget, David Kern, Chief Economist at the British Chambers of Commerce (BCC) said:

“The OBR’s new forecast for 2015 is far closer to the mark – and more in line with our own recent forecast.

“However, we believe that the OBR’s growth forecasts for the next two years are to the low side, and underestimate the growth potential of the economy.  If the OBR is right, however, delivery of the growth-focused initiatives announced in the Budget will be all the more important.

“We will await more detail on the Chancellor’s plans to boost productivity, in particular, more on how the government intends to address Britain’s persistent current account deficit and our ever-present export gap.

“The Chancellor is right to persevere with his programme for restoring stability to public finances, and has now adopted a more realistic timetable in line with our own forecast.  A slightly later budget surplus means more support for economic growth in the meantime – ensuring that deficit reduction does not hit economic activity, business confidence, or job creation.”