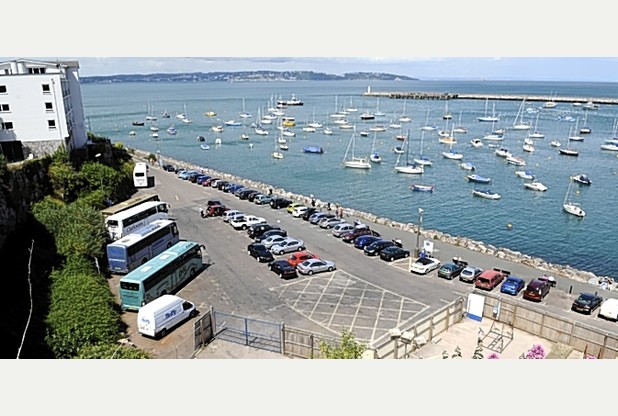 Boat building could be returning to Brixham for the first time in decades after an internationally-successful business confirmed it was considering a move to the Bay. Torbay Council has revealed it is in ‘well developed’ talks with an undisclosed company to re-locate part of its catamaran-building business to Oxen Cove. If agreed the deal would bring a ‘fully-functioning boat building and assembly operation to Brixham’.Boats up to 30 metres could be built for the first time in more than 30 years in the port.

At one point in the town’s history there were ten boatyards operating in the port, with Uphams Yard being the last to close in the 1980s to make way for housing development. The new operation would initially create 12 skilled jobs and apprenticeships. There are hopes it will bring a long-term boost to Brixham’s economy by making the town more attractive to marine sector investors.

The company is currently in negotiations with the Torbay Development Agency. However, a consultant involved in the project said the company was keen to tap into marine expertise in the South West workforce.He said: “The skills available in the South West in particular are exceptionally good and there is a potential for building some vessels of up to 30 metres at Oxen Cove.” He said the company builds a wide-range of vessels, including leisure, passenger and utility ships which operate across the world.

The costs of building abroad were the same as building at Oxen Cove, once shipping costs had been taken into consideration.

A delegation from Torbay, including mayor Gordon Oliver, Brixham councillor Mike Morey, representatives of the Torbay Development Agency, and Brixham’s regeneration group, has already visited the company’s current boat building facility on a fact-finding mission. On Monday, the harbour committee was told the delegation had been impressed by what it saw.

Cllr Mike Morey said: “This has got the support of the whole community.There are still hurdles to jump including addressing financial issues, but it is clear that there is a general desire to make this happen. We could be in for exciting times.”

Cllr Vic Ellery said: “We can overcome the issues. This has been a long time coming.”

Cllr Michael Hyche added: “Having begun life as a boat builder I would love one to come back to Brixham.”

The meeting was asked to consider potential benefits. Disadvantages include the loss of car spaces and parking revenue of £50,000. The meeting agreed to recommend that Oxen Cove be considered employment space.

Afterwards, mayor Gordon Oliver stayed tight-lipped, saying he had attended the meeting to hear the views of others. But he supported the Port Masterplan, which includes boat building at Oxen Cove.