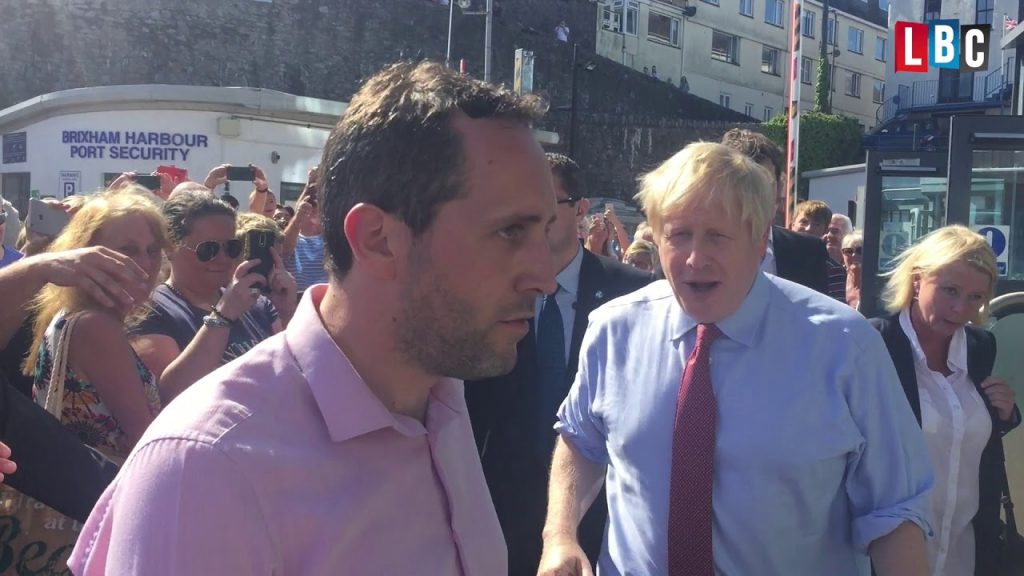 The Prime Minister bought himself a portion of fish and chips during a visit to Brixham Harbour on 23 August.

Boris Johnson paid £7.75 in cash for the hake and chips from the Rockfish takeaway.

He posed for selfies with queuing customers in the shop before putting on a pair of Rockfish sunglasses.

Mr Johnson was in town to meet fishermen with Anthony Mangnall, the Conservative parliamentary candidate for Totnes.

When asked whether his visit signalled a general election, Mr Johnson told the PA news agency: “Anthony Mangnall just happens to be here and he has been out and about, putting his case across.”

Mr Johnson did not call for a by-election in the Totnes constituency following the defection of Dr Sarah Wollaston to the Liberal Democrats.

“I think Anthony Mangnall is an outstanding candidate and will do a great job of representing the great people of Brixham,” he said.

“He believes passionately in the fishing industry. I want to see Anthony elected as soon as possible.”

When asked about what he would like his legacy to be, Mr Johnson said he believed the most important task was to deliver Brexit by October 31st.

“Then there’s a much bigger task and that’s to bring the country together and to unite Britain,” he said.

The Prime Minister said he wanted to see “levelling up across the country”, adding that he believed talent was “uniformly distributed” across the UK but opportunities were not.

He said he wanted to “turbo charge” regions of the country such as the South West, not just London and the South East.