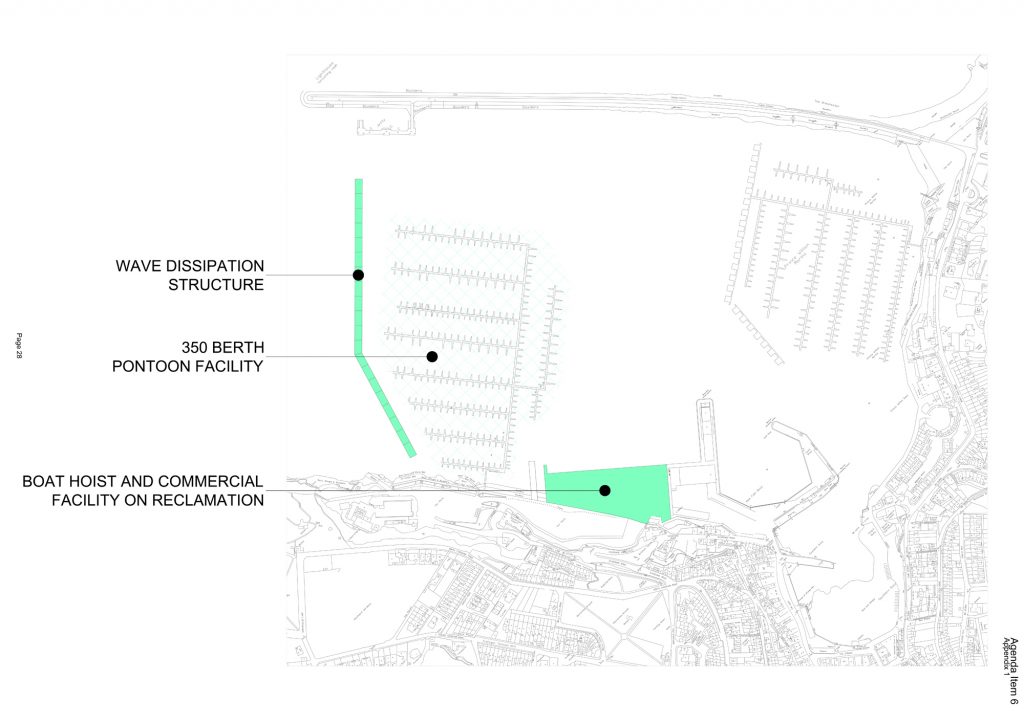 A plan to build a new breakwater to protect Brixham Harbour has been backed by councillors.

The £14m scheme for a high-tech floating northern breakwater had been proposed by harbourmaster Adam Parnell. A meeting of Torbay Council backed the scheme to go forward for Government funding.

Councillors supported a call from Brixham councillor Vic Ellery for officers to prepare a business case. Cllr Ellery, Independent Group, Berry Head with Furzeham, said costs had come down from more than £50m because of improvements in technology. He is hoping Torbay can secure some of the £320m funding the Government is offering to support the fishing industry after the UK leaves the EU.

Councillors heard Brixham was the busiest English port by size of catch and the industry supported around 3,000 jobs. The value of fish and shellfish landed is forecast to grow by £10m to £50m by 2020.

Torbay’s elected mayor Gordon Oliver supported the move, saying Brixham Harbour was at capacity and if it failed to grow, boats could switch to competitors along the coast.

A recent storm had damaged some boats and one had sunk.

He said fishing provided the “lifeblood” to the economy of Brixham and Torbay.

A £3m project is taking place to reinforce the harbour’s eastern breakwater with 30,000 tonnes of granite boulders.

The protecting wall was built following a devastating south-easterly storm in 1866 which drove boats aground and caused the loss of 150 lives.

In another development, work is expected to start in March on a new £2m fish landing jetty at Oxen Cove in Brixham. It will support 57 jobs and will be mainly used to land shellfish.