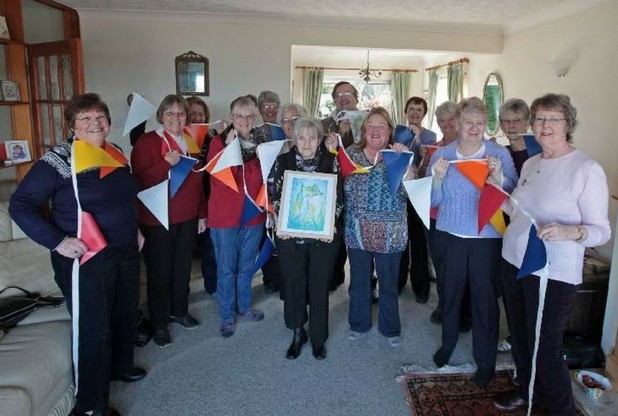 Many of you will have noticed the colourful bunting flying proudly through the centre of town, all of it made by people living or working in Brixham. If you look closely, you will see that nearly every string carries a single pennant sporting a design by those same residents celebrating something that they love about the area. It brightens up the place but it is also a testament to their public-spirited attitude and commitment to the town.

A big thank you to everybody that took part, Martyn Green who led the project, Sandy Richards of the Brixham Sewing Box, without whose help the idea would never have got off the ground, and the ladies of the Women’s Institute who, led by Mary Constance, put in an awful lot of work behind the scenes.

Judging of the entries will take place later this month but, in the meantime, every entrant should feel proud of the contribution that they have made to making the town look so cheerful. Our thanks to them.

Some of the original designs

More of this story on Devon Live