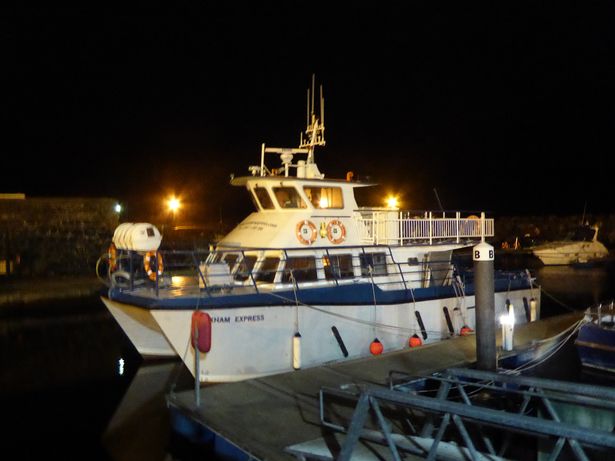 The total amount of public money that Brixham Express Ltd received to subsidise the now-defunct fast ferry service between Torquay and Brixham has been revealed. Following a Freedom of Information request by DevonLive.com, Torbay Council has revealed that the figure was £506,255. The council also revealed that the last date on which a payment was made was in October – the same month the catamaran left Devon and returned to Northern Ireland, three years into its five-year contract. This payment covered April, May and June of this year.

It was reported last summer that the ferry company had received £543,939.80 in subsidy payments from the Department for Transport via Torbay Council. A Torbay Council spokesman has explained why this figure has gone down, rather than up, since then.

She said: “Each time a bid for subsidy was received, we reviewed the costs against the income for the business and paid a subsidy based on a calculation. There was also a mechanism for the company to repay some of the subsidy into a retention account so that there was more contractual control over the provision of the service. This variation would have been due to a snapshot provided at a time after a subsidy payment was made to Brixham Express, but before they had put their contribution in the retention account. The latest and accurate figure is £506,255. There is a mechanism in place in order to review the subsidy. This is a clawback arrangement which is undertaken at the end of the contract in order to check that the correct amount of subsidy has been paid over the duration of that contract. It will also further assess the appropriateness of the costs claimed.”

Brixham Express Ltd started to operate a year-round commuter service in November 2014, although its £1.5million custom-built catamaran was not ready for another 20 months, coming into service in July last year. The contract was for the provision of the service for five years, but the catamaran departed on October 26. It is now in Ballycastle, Northern Ireland, where owners Mary and Ciaran O’Driscoll have run another ferry business, Rathlin Island Ferry Ltd, since 2008.

Brixham Express Ltd issued a statement regarding the withdrawal of its service in Torbay, criticising the support the service had been given and saying it would be ‘irresponsible’ to continue, but it failed to respond to DevonLive.com’s request for an interview.

Asked what action the council was taking with regard to the apparent breach of contract and whether the council would seek to recover the public money given to Brixham Express Ltd, the council said it was ‘currently considering the contractual position’.

The early departure of the company prompted a generally ‘angry but not surprised’ reaction from Torbay residents. Some called for a public enquiry to be held to look into the details and failings of the project in order for lessons to be learned for the future. Torbay Council has confirmed it has ‘no plans or funding to hold an enquiry’.

The council was awarded £1.25million of capital and £1.5m of revenue funding through the Department for Transport’s Local Sustainable Transport Fund.