Brixham mum’s plea ‘Don’t let this happen to you’ 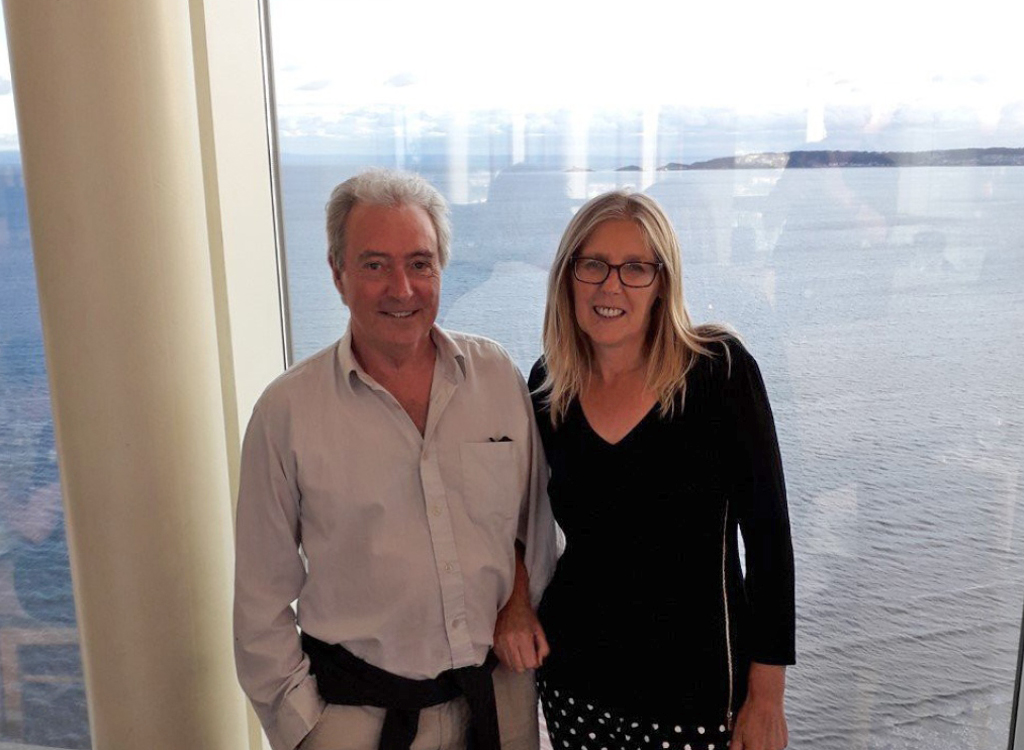 Mum Karen Wilson has launched a fund-raising campaign for NHS charities as a thank you to frontline staff for the ‘fantastic’ way they looked after her husband before his tragic death from Coronavirus.

She has also decided to tell her story to warn others that the virus is still a deadly threat, pleading with them: “Come out of this alive.”

Karen and husband Duncan – who was known as Tug from his days in the Royal Navy – moved to Brixham just eight months ago.

Karen, 59, of Mount Pleasant Road: “My husband always wanted to be nearer the sea. We were really struck by Brixham. It had a really, good community feel.”

Tug had on only just retired after 30 years as a quality assurance manager with an electrical company.

It was a trip back to their former home in Banbury, Oxfordshire, for a party on March 11 that was to end in tragedy.

The couple shared a taxi to the party with her mum, two sisters and one of her sister’s partners.

Everybody in the taxi was to be struck down by the virus apart from her sister’s partner. They all recovered except for Tug.

The couple returned home, and Karen started to feel ill a few days later. A day after that Tug began feeling unwell. They were laid up for a couple of days but then Tug said he was feeling better. But by that weekend he was not well again.

Karen says: “We rang 111 and spoke to a doctor. Tug’s breathing was fine, and we were told he was recovering.”

But the following morning Tug said he could not breathe. He was taken to Torbay Hospital.

Karen said: “He was deteriorating. Then he got a bit better. He was having a shower and watching TV on the Saturday but on the Sunday he went downhill again. It was dreadful. It was like a roller coaster.

“He was put on a ventilator. We were told to prepare for the worst.”

Karen said Tug also faced another challenge in his fight for life as she revealed: “What we did not know was that he also had emphysema. He was a fit 67-year-old. He was going out sailing and for walks.”

Tug died on April 13 – exactly 19 years to the day the couple first met. They had been married for 16 years.

A funeral for Tug, who had two sons and three grandchildren from a previous marriage, was held on Monday April 20.

Karen, who also has a daughter and two grandchildren, praised the staff at Torbay from the moment Tug was admitted on to the Forest ward to the day he died in intensive care.

Karen says: “We had three consultants and nurses. They were all fantastic. I cannot praise them enough.

“The day he was taken off the ventilator to allow him to pass the nurse that was with him said he would treat him like his own dad. He sat with him all the time.

“The consultants did everything they could. They were really upset.”

Karen added: “I have lots of support from the community and from neighbours.”

She says Tug’s death should serve as a warning: “It was still being said at the time Tug died that it only effected people with underlying health problems. We were quite blasé. People of all ages need to be careful.

“People must heed what the government is saying. I know how hard it is being isolated, but this tragedy should warn people that this could happen to anybody. My message is ‘please come out of this alive’.”

Karen is raising money for the Torbay and South Devon NHS Charitable Fund with £2,000 already donated.

Karen was telling her story on the Torbay Business Forum’s Breakfast Bytes webinar today from 8.30am to 9.30am along with Torbay Council leader Steve Darling, Police and Crime Commissioner Alison Hernandez and Torbay Weekly columnist and Re4orm founder Katie Cavanna. Details: www.torbaybusinessforum.org.uk.

Pilgrims Rest Cottages are where ‘history meets modern day luxuries’. A major restoration programme providing luxury self-catering accommodation out of Torbay’s oldest residential property and range of out buildings. We strive to treat our guests as we would want to be treated and to link with other organisations across The English Riviera with the same passion so that together we can offer something extremely special.Read More

A major restoration programme providing luxury self-catering accommodation out of Torbay’s oldest residential property and range of out buildings.

We strive to treat our guests as we would want to be treated and to link with other organisations across The English Riviera with the same passion so that together we can offer something extremely special.