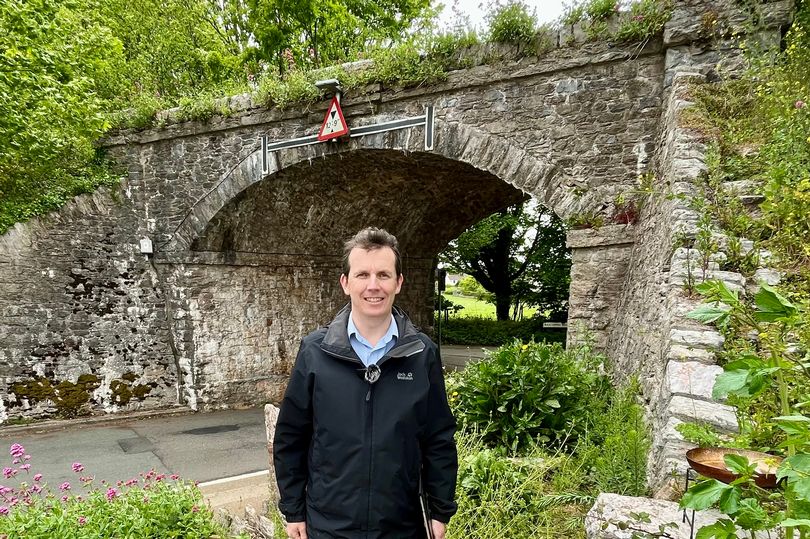 Part of an old railway line which once carried the “Whippet” train between Churston and Brixham could be re-opened as a walking trail. A local project team has been set up to create the trail, which would allow walkers to retrace the route of the line which was closed as part of Dr Beeching’s railway reforms.

May 13 next year will mark 60 years since Dr Beeching’s axe fell on the Brixham line and the port’s railway station at Furzeham, which was first opened in 1868. A series of talks and presentations in the coming months will promote the Brixham Railway Heritage Trail project.

The aim of the three-stage project is to create a marked trail along the two-mile former train line route. Starting at the site of the long-demolished, Brixham railway station in Harbour View Close, the trail will continue past the site of the old Brixham Signal Box opposite Furzeham School, along the footpaths and walkways that now cover part of the tracks, past the Old Railway Gardens and railway tunnel at Sun Valley Close and out towards Northam Lane, where there used to be a bridge.

t will weave between houses and other buildings that have been built over the tracks in Brixham, before heading to North Boundary Road park and along the existing track-bed which is then complete from that point all the way to the Bridge Road bridge in Churston, rising and dipping through railway cuttings and embankments along the way.

At key points of interest along the Railway Heritage Trail the aim is to install a series of information boards, plaques and route markers so people can find out more about the relatively little-known story of Brixham’s railway.

Key points include the site of the old station, the site of the signal box and bridges – of which six of the original eight remain. There will be information about the building of the branch line as the path moves through cuttings, over bridges and along embankments before reaching Churston Station, which was formerly called Brixham Road Station.

Team leader Glen Gardner is encouraging people who may have memorabilia, photographs or film of the old branch line to come forward. The search is on for historical artefacts including station record books and logs, tickets, books, magazines and anything else relating to the Brixham branch line.

Memorabilia will form part of special exhibitions and displays to mark the 60th anniversary next year. Mr Gardner said: “We are currently in communication with various key stakeholders in regard to the viability of opening-up the former branch line, installing plaques and information boards explaining the history, and recruiting teams to clear the line to form a safe and interesting walking trail for all to enjoy.

“Presently the project team are a voluntary group of interested people who each have their own skills and knowledge. We will be looking for more support with the project including sponsorship, funding, and voluntary help with clearing the old branch line to create a safe trail, as well as ‘testing the waters’ with regards to the interest.”

A Facebook page has been created to spread information about the project. Anyone with memorabilia items can take them Brixham Museum, which is endorsing and supporting the project, where they will be recorded and later form part of the planned exhibitions. Also, those who remember travelling on the ‘Whippet’ train between Brixham and Churston is encouraged to get in touch so their experiences can be recorded.