Brixham SC holidays up 19 per cent 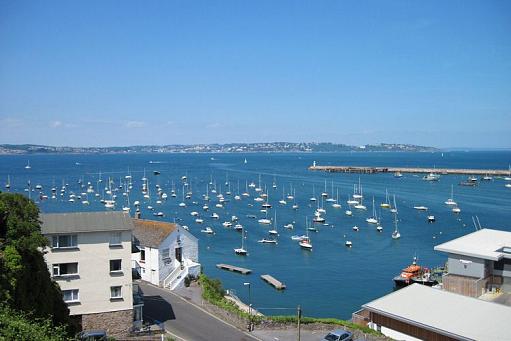 Brixham is set for a bumper self-catering season. That’s the verdict from the south west’s largest provider of luxury self-catering holiday accommodation which has announced a record start to the year, with bookings for properties in Torbay up six per cent on the same period last year.

Blue Chip Holidays, which has more than 200 high-end holiday homes in Torbay, has seen bookings for Brixham leaping 19 per cent. Bookings for Paignton are up 10 per cent while Torquay has ‘lagged slightly behind’. The firm believes Brixham’s popularity has been boosted by recent coverage on the television programmes Restoration Man and Heston Blumenthal’s Great British Food.

Company spokesman Gary Jolliffe said the TV programmes were watched by millions of viewers. He said: “These programmes have shown off Brixham at its best, and this has undoubtedly led to demand for holidays in and around the local area. It’s put Brixham on the destination map during the peak booking period and follows on from the success of the Fish Town series. If bookings continue at this rate, demand could easily outstrip availability and so we’re actively looking to bring on more properties in the town.”

While bookings in peak weeks have remained on a par with last year, the business has seen its biggest growth in off-peak periods with bookings for February up 35 per cent, May up 28 per cent and October up 37 per cent. Bookings for April have risen 78 per cent ‘largely due to the later Easter school holiday this year’.

Managing director Alan Taylor added: “Customers have fallen in love with holidaying in the south west and following the best summer in living memory we are now seeing the positive impact of this on our bookings. As with last year, we expect to sell out in the peak weeks, but the really good news for owners is short breaks in off-peak periods are up by 50 per cent on last year.”

Torbay and Brixham councillor Mike Morey said: “The TV publicity has played a major part in promoting the town as a tourist destination. I think the economic situation has stopped people going abroad and we’ve got to capitalise on it.”

Blue Chip Holidays is set to close its Brixham office as part of its centralisation plans. The business is looking to move its 60 staff — including the 27 currently based in Brixham — to new premises in Exeter within the next six months.

Cllr Morey said it was ‘regrettable’ jobs were being moved out of the Bay. He said: “We need to identify more space for these firms to grow.”

Keith Williams, vice-chairman of Brixham Chamber of Commerce, said: “It isn’t good Blue Chip Holidays is leaving but when the Kingskerswell bypass is complete, Brixham will be more attractive to businesses.”