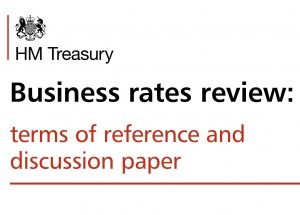 Chancellor George Osborne announced local councils will set and keep business rates in what he called the “biggest transfer in power to the local government in living memory”, during his speech to the Conservative conference earlier this month.

Osborne added that the uniform business rate would be abolished, with local authorities able to cut rates to attract businesses. Cities with elected mayors would also be able to add a premium to the rate to pay for local infrastructure, if they have the support of the local business community.

“We’re going to allow local government to keep the rates they get from local businesses. That’s right, all £26bn pounds of business rates will be kept by councils.

“Right now we collect much more in business rates than we give back in grants, so we will phase out local government grant altogether. The established transfers will be there on day one, but thereafter all the real growth in revenue will be yours to keep,” he told delegates.

John Longworth, director general of the British Chambers of Commerce (BCC), criticised the announcement: “It is highly questionable for the Chancellor to announce major changes to business rates without consulting broadly with the business communities that pay them.”

Longworth added the detail of the Chancellor’s plan is critically important and that businesses will want assurances that greater local control does not translate to the tax becoming a “milch cow for local government”.

In March, the government launched a “radical” business rates review to look at how businesses use property, what the UK can learn from other countries and how the system could better reflect changes in a premises’ value. However, the review is due to report back before the 2016 Budget.

John Cridland, CBI director-general, welcomed the “bold” plan for business rate reform, provided it did not increase the costs for businesses, because it would spur councils to take a pro-growth stance.

Osborne used the speech to launch an independent National Infrastructure Commission (NIC), which starts today and can “hold government’s feet to the fire” if they’re not doing the job, leading the BCC to label him “George the Builder”.

“It’s an ambitious move to get key transport and energy projects built – rather than just debated. Businesses will welcome the appointment of Lord Adonis to build cross-party consensus and drive key projects forward,” Longworth added