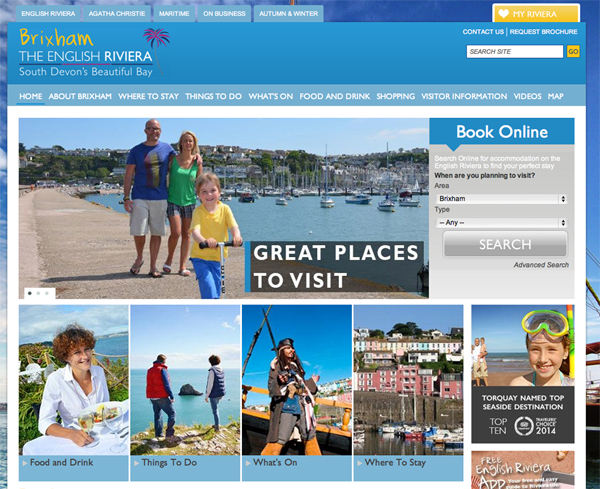 An open letter from Chris Hart, Chairman of the English Riviera Tourism Board

As Chairman of the English Riviera Tourism Company (ERTC) the official Destination Marketing Organisation (DMO) for Torbay and official partner of VisitEngland, I am writing to update you on the position regarding future Torbay Council budgets to support tourism promotion, which could affect you.

As I am sure you are aware, Torbay Council has to accommodate unprecedented cuts to their annual 2015/16 budget as a result of continued cuts from central government.  Some very difficult decisions have to be made and the delivery of many services and in particular discretionary services, are being urgently reviewed, including tourism.

The elected mayor of Torbay, Gordon Oliver, has now set out his proposed draft budget for 2015/6 and is currently proposing that the seven year ERTC Service Contract be terminated  two years early on April 1st 2015 and the scheduled contracted payment of £405k be withdrawn on April 1st 2015; a proposal currently also supported by the Conservative Group.

If approved by Full Council in September this will mean that Torbay Council will no longer be contributing financially to the promotion of the official English Riviera brand from their annual revenue budget, a worldwide brand which helps raise the positive profile of Torbay, attract inward investment and generates £450m per annum to the local economy.

As you would expect the ERTC board is very disappointed with the mayor’s proposal both in terms of the fact that our Service Contract is being terminated prematurely after so much excellent progress and when considering that other leading holiday resorts including Bournemouth, Great Yarmouth, Blackpool, and the Isle of Wight continue to receive notable financial support from their respective Local Authorities in recognition of the importance of tourism to their local economies.

The fact is, we are a leading holiday destination and tourism is essential to the economic well being of Torbay. This is supported by the fact that 41% of the local population relies on tourism and retail, either directly or indirectly, for employment.  This is the highest percentage in the country as confirmed in a recent national study by Sheffield Hallam University.

In place of the 2015/16 ERTC Service Contract Payment of £405k, the Mayor is currently proposing a ‘transition fund’ of £300k for one year only from April 1st 2015.  This will be difficult for the ERTC to accommodate but we have as a board made plans to ensure that we WILL be able to continue to deliver the core Promotional Partner Destination Marketing activities and benefits in 2015 including:

Combined, these core Destination Marketing activities generate a return on investment of £52 for every £1 invested by Torbay Council and local tourism businesses as part of the Promotional Partner Programme, one of the highest returns in the South West in terms of Destination Marketing Evaluation.

Over 350 local tourism businesses now work with the ERTC as Promotional Partners, contributing a total of over £200k to promote the resort. This is impressive teamwork and this investment has helped us punch above our weight and to stay ahead, with a growth in visitor numbers and value recorded since the ERTC was established in October 2010.

I would like to take this opportunity to say a very big thank you for your continued support and also to emphasize that we must encourage you to sign up now to the 2015 English Riviera Promotional Partner programme so that we can deliver next year’s planned Destination Marketing activity.

Please email Angela Wright – angela.wright@englishriviera.co.uk  to find out more and to sign up if you have not already done so.   Working together we are so much stronger.

The formal 2015/16 Budget Consultation Process is now open and further information about all the cuts Torbay Council plan to make can be found via this link: http://www.torbay.gov.uk/savingsproposals1516.pdf The ERTC ‘s proposed budget cut, to cease the contracted Service Payment from April 1st 2015,  is listed as number 38 as part of the overall cuts to Resident and Visitor Services – see page 7/8/9, of the pdf document above.

The easiest way to feedback your response regarding the proposed budget cuts is to use the online consultation questionnaire that can be accessed from this link: consultation@torbay.gov.uk

It would also be helpful if you could email Carolyn Custerson our Chief Executive Carolyn.custerson@englishriviera.co.uk  with any comments, feedback or concerns you may have relating to the proposed budget cuts to tourism so that we can continue to represent the industry appropriately. Alternatively you may prefer to call Carolyn, her direct line is 01803 219522 and her mobile number 07968 261845.

Going forward ….
/b>To ensure that sustainable funds to promote the English Riviera brand are protected in the future we are currently working on developing a NEW Torbay, Tourism and Retail Business Improvement District (TTRB). If successful this could generate in excess of £1 million pounds per year for 5 years, with £600k potentially available to promote the English Riviera brand and all that it offers, per year.  The ERTC and Torbay Council have jointly commissioned this initiative.  The Mosaic Partnership (Mo Aswat) has been appointed to take this forward based on the model established in Bournemouth and Great Yarmouth, resorts which have already successfully secured significant additional funds to promote their destination in this way,  in addition to continued financial support  from their Local Authorities.

You will have received recently an online survey from the Mosaic Partnership asking you for your feedback on these initial plans, please take the time to complete and return. The next TTRB update meeting is scheduled for the morning of Wednesday 17th September and I would encourage you to attend as it is at this meeting that the findings from the survey will be presented by Mo Aswat. Further details will be sent to you nearer the time.

Thank you for taking the time to read my email and for your continued support in what are currently very challenging times.

I wish you all the very best for the main summer season and look forward to seeing you at future events.