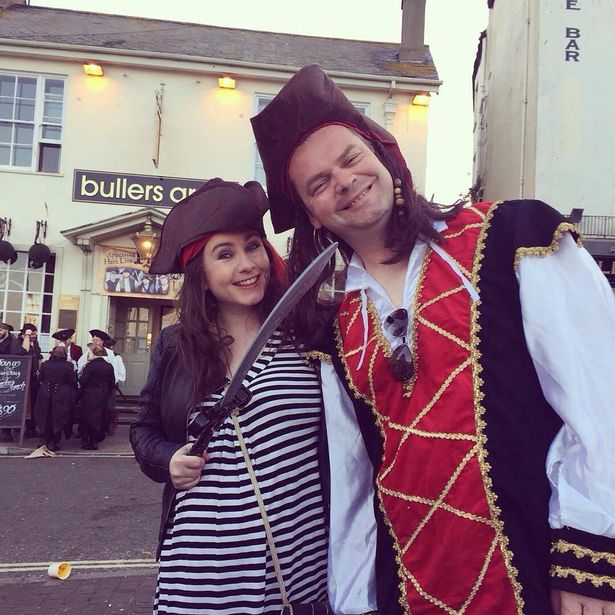 New events will be taking place on the Golden Hind this summer. The exciting, pirate-themed events will see murder mysteries take place on board every Friday night in July and August.

The news comes just a few weeks after the famous boat was bought by Irish couple Sean and Mary Twomey, who have now collaborated with Hannah Stothers from Mystery & Murder to run the events.

Hannah said : “’Murder on the Golden Hind’ is based on the life of Sir Francis Drake, with much artistic licence. He was the first Englishman to circumnavigate around the globe, for which he received a knighthood, and went on to become the Mayor of Plymouth. He was a fascinating historical character, known by the Spanish as “The Queen’s Pirate”, and so a murder mystery based on his life and the people he knew, will be utterly gripping and enthralling.

“It’s set in 1590, with Sir Francis Drake throwing a costume party to celebrate 10 years since he successfully circumnavigated the globe. The theme? Why pirates of course!”

Like true pirates, participants can take their own alcohol on board. As such, the event is strictly 18+ only. Hannah, originally from Northern Ireland, recently moved to Torquay and was excited to discover it was the birth place of one of her chief inspirations, famous crime writer, Agatha Christie.

Unlike murder mysteries where you simply observe actors, Mystery & Murder offers a fully interactive experience where each guest receives a part with their own secrets to hide. Better still, Hannah writes them all herself and so there is no limit to the amount of people who can join in the fun, as well as endless possibilities of themes.

She met Sean while staying at the Torquay Backpackers international youth hostel, a venue which he owns with Mary, his wife. The couple purchased the 120 tonne full-size replica of Sir Francis Drake’s galleon – the first ship ever to sail around the world, in May and have guaranteed that it will stay in Brixham. 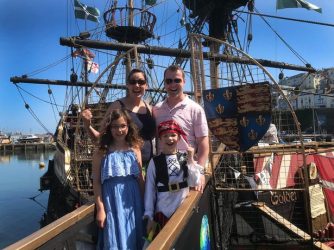 Speaking just after his purchase of the ship, Mr Twomey said: “We are not going to be the people who are going to move the Golden Hind out of Brixham – it’s been there for 50 odd years and it’s running as a decent business. Generations have grown up with it in Brixham and we would like to keep it here. Neil, the previous owner, had one offer from San Francisco in excess of £500,000 but he wants it to stay here.”

The golden Hind was put on the market by Neil Worrell after the death of his wife and business partner, Jackie Robinson last year. He made it a condition of sale that the Golden Hind remains moored in Brixham Harbour.