How mussels could help soaring food demand and the environment 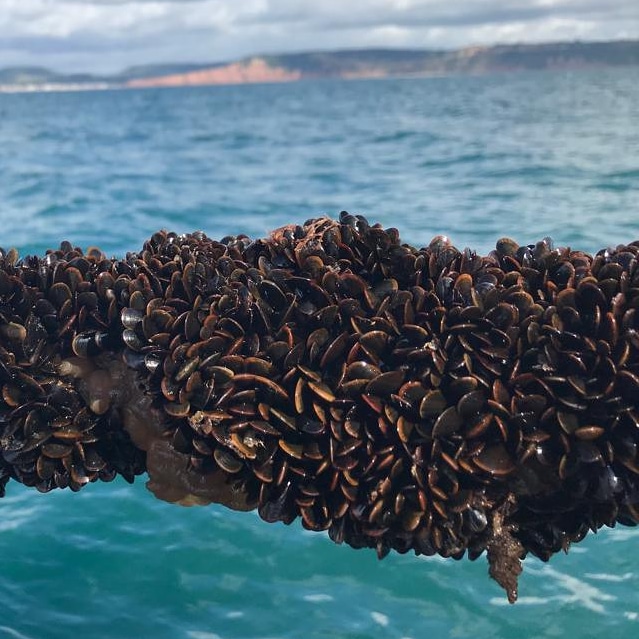 Feeding the world’s ever-increasing population is a growing challenge, pushing the limits of what the planet can sustain. By 2050, the demand for food is expected to be 70 to 100 percent higher than today.

How to face such a challenge in a sustainable way?

The Holmyard family in Devon, UK, believe they have a possible solution – farming mussels.

“Offshore Shellfish is John’s dream basically,” says Nicki Holmyard, who together with her husband John founded the company off the coast of South Devon.

“He had a dream when he was 17 and was interested in mussels, went to university, studied mussels, and then he really wanted to do something with them.”

John started his career in the late 1980s in the mussel farms in Scotland, where he was one of the pioneers of the sector. But his passion for mussel farming and his ambition to feed more people brought him to found his own company, where two of his children also work.

Offshore Shellfish is based in Brixham, Devon, where the temperature of the water is just right for the mussels to grow.

“We’re round about the boundary of where the water coming down the English Channel meets the water coming up from the Atlantic,” explains John. “And where you get that zone of mixing, you often get very good growth of plankton.”

The mussels feed on plankton, the single-cell algae on which the marine food chain is based.

Rope-grown mussels are considered a “super green” food option, as mussel farming uses no land, fresh water, or pesticides. Actually, according to John, the whole ecosystem benefits from the farming of the mussels.

“I think we’re benefiting the fishing indirectly because of all the food that gets released from the farm, whether it be little shrimps or worms or things like that, the fish that come into the farm, and eventually they’ll leave a little bit fatter than when they come in,” he says.

Researchers from Plymouth University are monitoring the impacts of the farm on the marine ecosystem. The last study they published showed 56 different species living on and around the ropes used to grow the mussels.

“It’s also acting as its own nature reserve,” explains Nicki. “Before we arrived, the seabed was basically fished out and scoured. We have that from studies that we took before we started. The seabed has become more populated. Lobsters, crabs, there are many, many different creatures that live there. So it has become its own little marine protected area.”

Mussels have a very low carbon footprint compared with other protein sources. They capture and trap carbon in their shells, acting like a “carbon sink.”

They absorb carbon from the ocean, which contains half the world’s CO2, to build their shells, locking the carbon forever. Mussels also absorb nitrogen from the seas as well as cleaning the water of pollution.

Apart from being sustainable, mussels are very good for human health. They are considered one of the ultimate superfoods, being high in protein, low in calories and rich in vitamins and minerals – and as Sarah, Nicki and John’s daughter, say, they’re also very tasty and easy to cook.

“There is nothing quicker and simpler, in my opinion, to cook, and certainly from the sea,” she says.

Mussels may not be the first food people would think of to help save the planet and might not be on too many plates worldwide. But the Holmyards certainly making the case to ramp up consumption.