Last bank closes on ‘sad day’ for the town 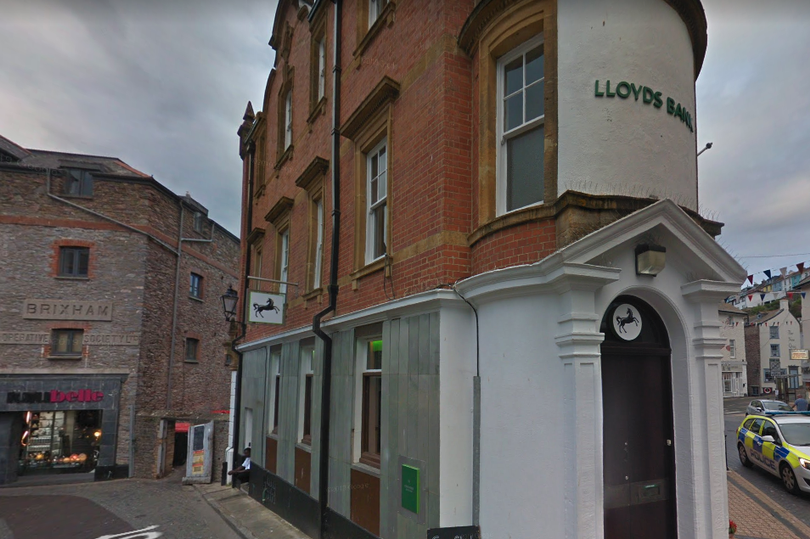 Businesses in Brixham have been shocked and saddened by the closure today of the last bank in the busy fishing port.

Lloyds Bank in the Fore Street shopping precinct has been the sole remaining bank since the closure of Santander.

There are now two town centre ATM cash machines and the three Post Offices in town say they will be stepping in to fill the void.

But local businesses say it will be a huge loss to older people who still prefer a face-to-face service rather than relying on electronic banking.

Andrew Gosling, a director of Brixham Taxis, which is also based in Fore Street, said: “I heard that Lloyds was going to close and I couldn’t quite believe it. That’s the last one in Brixham now.

“As a businessman, I have to go into the bank in Paignton. It’s not ideal for businesses who have to deposit cash.

“When Santander closed its Fore Street branch, a lot of people transferred to Lloyds and now they are closing too – it’s like banging your head on a brick wall.”

At Absolute Sales and Lettings in Fore Street, Louise Richards said it was a sad day particularly for older customers who do not use electronic banking.

She said: “It’s disappointing that the last bank is closing. We have a lot of customers who still don’t have an email address and they bring in their printed bank statements because they don’t do electronic banking.

“We cover the TQ5 post code area and it’s boom time – house prices are up by 10 per cent.

“Most of the phone calls we get are from people outside of the local area who want to move away from the cities or retire here.

“We have an older demographic in Torbay and these people need to be able to access banking services.

“Fore Street and Middle Street are thriving. We have hardly any empty shops and lots of independent businesses. Those businesses take cash and need to bank it somewhere.”

A spokesman for the Sub-Postmasters said the three branches nearest to Lloyds in Fore Street are:

“This will doubtless be disappointing to Lloyds customers in Brixham. However, alternative banking provision is available to local residents at post office branches nearby.

“There are currently 2,000 free-to-use ATMs installed across the UK post office network also.

“Post offices are proving vital to retaining people’s and business’s access to cash as the banks continue to desert the high street in order to cut costs and increase their profits.

“Every post office plays a vital role within the heart of the local community. Post offices provide a reliable and essential service which has continued at a high standard across the whole of the UK throughout the pandemic.”

A spokesman for Lloyds Bank said: “We made the decision to close the Brixham branch due to the changing ways customers are choosing to bank with us, which meant the branch was being used less often.

“Customers can continue to bank locally by visiting the nearby Post Office, which is less than half a mile from the branch. The nearest alternative branch is Palace Avenue, Paignton.”