Laura will use Equity role to change attitudes about regional theatre 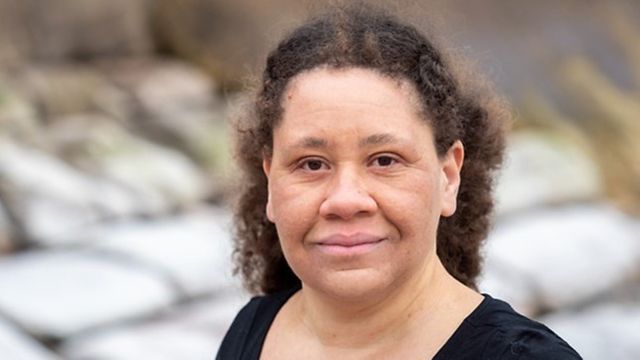 A Brixham woman has become a member of Equity’s designers and directors national committee – but missed the message to congratulate her because she was busy trying to help a seagull chick!.

Laura Jury, a trustee of Brixham Theatre and director with South Devon Players, was looking headfirst down a 5ft-deep hole, trying to save a seagull chick, when her phone pinged with the message.

She was so focused on getting a photograph of the bird to send to the wildlife rescue that she ignored it, deciding to read it later.

Laura says she still feels in a bit of a dream. She has been suffering from a severe case of imposter syndrome: “Why will anybody listen to me from Brixham?”

It would seem there are many people happy to give her a hearing.

The Facebook group for the Bristol Equity branch and the group for the South Devon branch shared posts encouraging members to vote for Laura. In particular, they were keen to see greater representation from the South West.

The committee work is voluntary and members are located all over the country and will carry out their work, usually online.

Laura will have her hands full -as well as her Equity duties, she is always busy with the demands of South Devon Players and has recently signed up to a new London-based acting agent, the Wintersmith Agency. Auditions are coming along thick and fast.

Fortunately, Equity committee meetings are somewhat flexible. They take the form of group discussions organised around committee members’ availability. Members are all working actors and directors with busy schedules.

Laura feels she can bring a different perspective to the designers and directors committee.

While many of the other members are based in and around the big cities and have a perspective founded on a wider arts’ culture with more funding and larger venues, Laura comes from quite a different angle – a regional aspect, traditionally boasting fewer resources.

Her main concern is that regional theatre is often seen by people in the wider business of entertainment as less serious.

She has often heard it said that theatre taking place outside the big cities is ‘not real theatre’ and that it won’t be worth going to see because it is of ‘lower quality’. She has also heard it said that ‘culture ends at Bristol’.

On one occasion when she was backstage preparing for a project at the London Palladium, a stagehand expressed amazement that she was from Devon, saying: “But Devon is all just farmers and Druids!”

It is often difficult to foster collaborations in the South West as there are fewer resources and companies tend to strictly guard their established patches. This, along with misunderstandings and unfounded assumptions, can have a seriously negative affect on funding for regional theatre companies.

This, naturally, restricts what they can do and who they can afford to employ. Big, well-heeled companies come in to recruit staff from regional organisations because they feel they will not need to pay as much for their services as they may not have been working regularly in major urban venues.

Fairly recently a large, international production company was paying the people they had brought in for filming near Exeter but refused to offer payment to any South Devon Players because they were local and after all, they might get to see themselves on television.

Laura is on a mission. She has a vision. She believes there are serious misconceptions that must be challenged.

She said: “Regional theatre is a hotbed of amazing, talent, skills, innovation, and venues. These resources should be tapped and developed. They should be respected on a par with those of the big cities.

“Attitudes are slowly changing, getting better, but there is still a long way to go.”