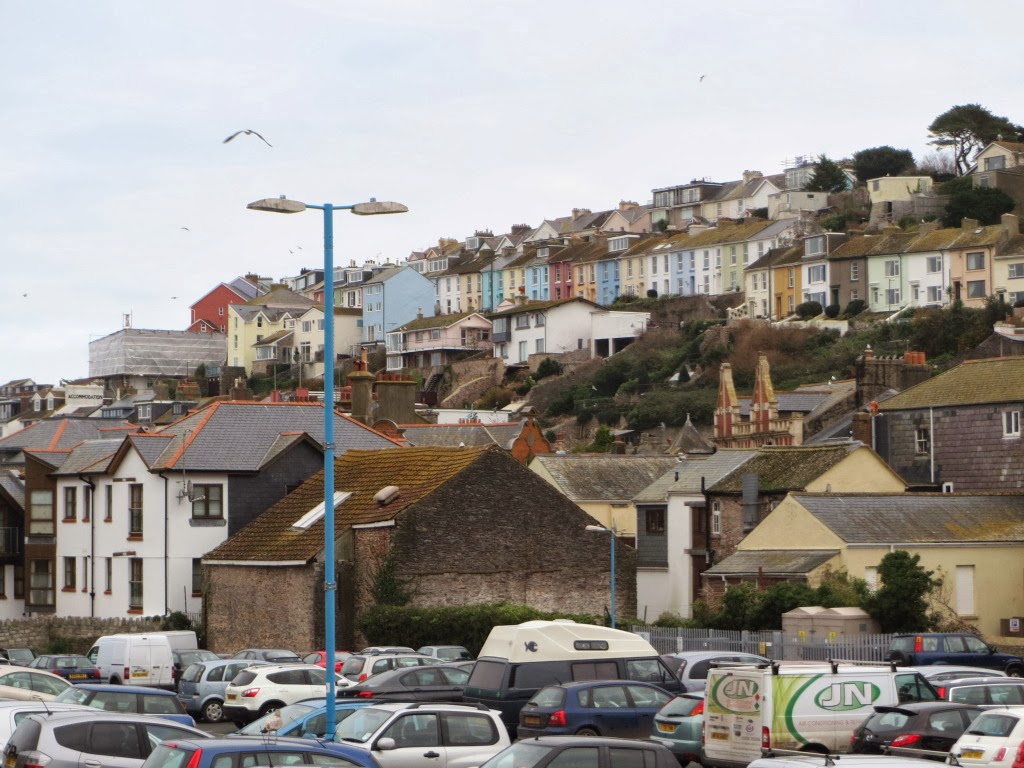 Four food store operators are interested in filling the hole left by Tesco after they ditched plans for a supermarket development in Brixham town centre. They have shown ‘significant interest’ in the site, according to Torbay Development Agency executive head of regeneration Kevin Atkinson who was speaking at a public meeting to discuss the future of the car park site.

The meeting, which was held at Brixham College, was attended by around 200 residents and the ‘overwhelming majority’ indicated that they would support a regeneration scheme similar to the one dropped by Tesco, including a store, car park and housing — as long as the store was smaller.

The option of pursuing the existing scheme as it stands but with a different operator received support from a couple of dozen people.

The option of just building a car park with 500 spaces was supported by around a dozen people.

TDA chief executive Steve Parrock said: “There were 31 individual speakers and 36 questions asked. An overwhelming majority were in favour of a car park in the centre.

For the next three months, the TDA will press ahead with its proposed strategy of continuing to talk to the developer to see if alternative operators wish to take on the scheme, with a slightly smaller store. If the food store operators do not wish to proceed, Torbay Council will work with the TDA, the town council’s new regeneration group and the Neighbourhood Forum to find proposals that might provide viable alternatives.

Mr Atkinson said Torbay Council has been pursuing a food store and multi-storey car park development on the site for the last 20 years, and the principle was supported by the majority of the town. He said: “There never was an obvious, viable, alternative solution which could produce a high enough capital value to pay for purchasing the land not in council ownership, building a multi-storey car park, producing a high quality development and dealing with all the contamination, service diversions and potential flood risk, while also achieving the economic outputs the town needs.”

Torbay mayor Gordon Oliver, who chaired the meeting, said to a round of applause from the public that Brixham needs a car park. He said: “We’re not going to turn anything down tonight. We’ll listen to and examine all the comments. We won’t get complete agreement, just as we didn’t with the Tesco application.”

Torbay and Brixham councillor Mike Morey said it was important to get the views of the town’s young people. He said: “The youth of our town are the future of our town. To neglect their views would be suicide.”

Cllr Jackie Stockman, who chairs the Neighbourhood Forum, said people needed to ‘be realistic’ and consider the wider context of the Local Plan. She said: “I’d love to think we could write a list of everything we’d like but we need to know what’s going on around the site. We haven’t got a blank canvas.” She added: “Whatever goes there, it needs to be in keeping with the character of the place.”

Brixham councillor Chris Lomas said: “What the town needs is a supermarket to keep people in the town.”

Brixham Chamber of Commerce vice chairman Keith Williams said: “Modern people today want a supermarket. Brixham is unable to compete with other places within the Bay.”

The meeting also heard that a ‘major consequence’ of Tesco’s withdrawal was that Torbay Council would no longer be receiving a £1.1million contribution towards the funding package for the new Brixham Fish Market.

It was heard that this shortfall would have to be funded from elsewhere but it was too early to say where.