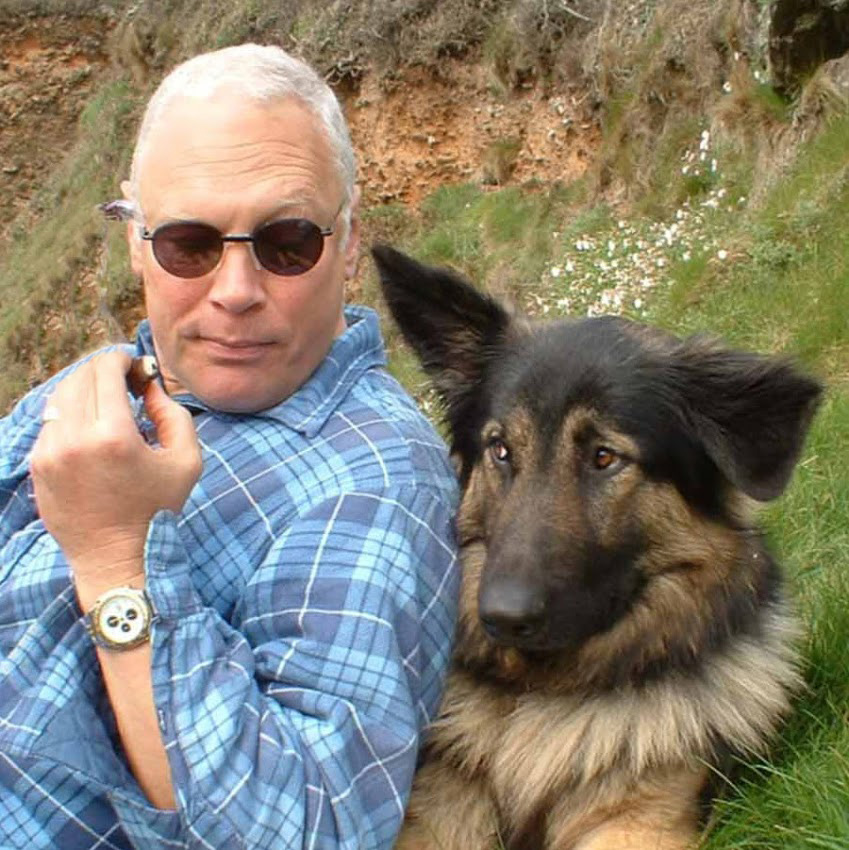 Joe Cloutman retired from the Chamber executive at the end of 2013. Below he gives a few recollections from his time in Brixham and the Chamber.

Dani and I were first in contact with Brixham Chamber, prior to buying our business in the town; in order to get some advanced information about trading conditions locally. With a view, presumably, to retaining as much retail capacity as possible within the town, they were understandably evasive to many of my more probing questions! However, summer season trading was quite healthy in those days (Early 1990`s).

I remember the day that we took the keys to 50, Middle Street, and were trying to move our furniture in (1st of July 1991). The pavements were chocker with shoppers, who frequently tried to push their way into the shop as we tried to get our furniture in!! We thought, “We are on to a winner here!” We had not reckoned on the Brixham winter season or the coming recession!

One of the most noticeable changes to trade over the last twenty years has been the increase in “out of season” footfall in comparison to the summer season peak, which has become flatter.

Brixham Chamber was pretty buoyant in the early 90s, there was a lot more High Street involvement in chamber affairs, with prominent positions like Treasurer being filled by bank managers and the like. Meetings, often in the Bolton Hotel, were well attended, often quite noisy, heated, affairs with much debate over issues such as the new town square, and coach parking. The town centre development stewed on in the background continuously, with the occasional flair-up when a new supermarket showed some interest.

Big political changes were afoot in 1995; Brixham Chamber was disbanded, and The South Devon Chamber of Trade and Commerce was founded, combining Brixham, Paignton and Torquay under one umbrella organisation. Martin Cavanna was its first Chairman, and I became the first branch chairman of Brixham. This was a move much supported by Torbay Council who were convinced that communication and co-operation with the business community would be much improved as a result.

Brixham also took the decision to amalgamate its hoteliers organisation into the SDC. The branch chairmanship was then set to alternate between a trader and a hotellier for the next few years.

As chairman I carried out an extensive survey on coach visiting and charges with a report to Council that resulted in an improvement to the charging structure (1st hour free etc.) to encourage coach traffic to Brixham. We also established liaison with Coach Drivers Club magazine for promotion and advice and produced the 1st town map and events guide for that magazine. Later this spawned the construction of our website; the first tourist guide on the web in Torbay. In my second term of office, in the early noughties, I put together a team to look at signage around the town and to car parks, and the park & ride. This resulted in Council making some significant changes, although it could still do with further improvement in my opinion. Constrained by budgetary restrictions as usual!

There have been many changes to the fortunes of Brixham over the past twenty years. Increasing legislation, especially in Health & Safety, has severely hampered what both councils and chambers can do and led to the demise of things such as street carnivals and flower baskets on Middle Street. I have already related the tale of how George O`Hagan and I used to wheel a water container up and down Middle Street in the late `90s, using a converted bilge pump to water the flower baskets alongside the multi-storey car park. (Now also gone!). And, of course the rise and rise of the internet, which no small business can afford to ignore as it steadily wins more and more market share of retail. The beauty of it is that, at present, it is largely independent of size, so any trader has an equal chance of competing alongside the big boys. There are unsettling trends however, even in this once level playing field, that the big players and increasing bureaucracy will eventually squeeze small business out. I hope that this will never happen, as I am personally a great fan of e-commerce.

I don`t want to turn this into a propaganda article, but I have sat around many a negotiating table in my time, with many different Council departments. One factor that they all share is a take-it or leave-it attitude to advice that is proffered by chamber representatives. This is where the BID makes a big difference. The BID comes to the table with money to support initiatives, that always makes councillors take a greater interest in what you have to say!

Town centre fortunes wax and wain rather like sun spots. The current, rather depressing news of Fore Street business closures is worrying, but I am sure that Brixham will bounce back, and I have no doubt that Tesco, if and when it ever does get built, will attract a lot of business interest for Brixham.

I am very impressed with the current executive of the chamber, and feel happy retiring from office with the management in such good hands. I wish good fortune to all Brixham traders and the chamber. Let’s get on with it!!

What can you say of Joe.

He has spent years tirelessly campaigning to make Brixham a more productive town for businesses and better place for its residents. Joe has been at the heart of our community and freely given thousands of man hours attending countless meetings and penning hundreds of letters.

He clung to the wreckage when the Chamber was in trouble and was instrumental in steering it back to where we are today. It is fair to say that if Joe had not been at the helm we may no longer have had a Chamber of Commerce in Brixham. Joe has been an inspiration to us all. He’s been the rock we all turned to when we were not sure which direction to take. Thanks Joe and enjoy the rest, you have truly earned it.