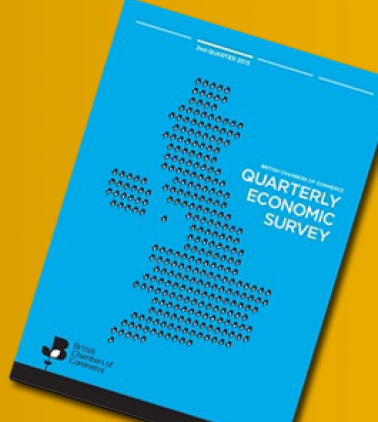 Devon Chamber of Commerce has commented on the results of the British Chambers of Commerce (BCC) Quarterly Economic Survey – Britain’s largest and most authoritative private sector business survey, based on more than 7,000 responses from firms in Q3 2016 issued today. Which shows a mixed picture, with an improved short-term performance in the manufacturing sector set against a further slowdown in growth in the services sector.

The survey’s results suggest that Devon’s economy is still growing – albeit at a lower level than before the referendum – and supports the BCC’s forecast for growth of 1% in 2017.

The survey suggests that near-term uncertainty following the vote to leave the European Union has led businesses to lower their expectations for hiring, turnover, and investment in plant, machinery, and training.

Given this mixed picture, and muted business investment intentions, Devon Chamber of Commerce is urging the government to use next month’s Autumn Statement to boost business confidence – by giving the green light to key infrastructure projects, and by introducing measures that ‘crowd in’ business investment and job creation.

“Although it is important not to take one quarter’s figures in isolation, our survey does show that growth has slowed further in Devon since the EU referendum. Boosting business must be a key task for government in the months ahead, particularly as forward confidence on turnover and profitability has flagged for firms across the UK.

“The Prime Minister has given businesses some clarity on the timetable for Article 50, and on short-term regulatory and legal issues. This is helpful, but needs to be followed up by a firm demonstration that the government has a clear and coherent strategy to defend the UK’s economic and business interests in the negotiations that lie ahead.

“Devon firms are concerned over investment, hiring, and profitability. The Chancellor’s Autumn Statement is a crucial opportunity to incentivise business investment and overseas trade. Devon Chamber of Commerce will continue to gauge views of its members to lobby government for measures to support business.”