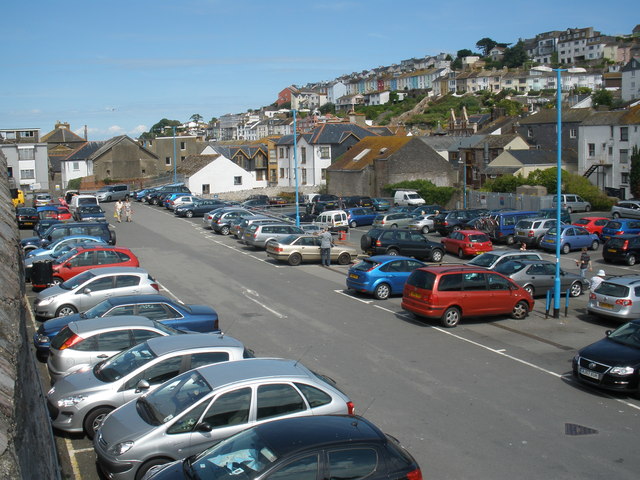 A project to transform Brixham’s town centre car park will get the lion’s share of a £1m Government funding handout.

A long-running housing project in Torquay will also get off the ground as a result of the money from the Brownfield Land Release Fund.

Torbay Council and its development agency the TDA submitted the successful bid for the cash, which was announced today.

It means work can begin on developing homes in the heart of Brixham, where numerous projects and schemes have been proposed since the demolition of the multi-storey car park 17 years ago.

Ground work will also start on a development of 78 ‘assisted living’ homes at Torre Marine in Torquay.

The aim of the fund is to help councils use surplus land for housing, as well as making better use of public assets.

Brixham has been awarded £675,000 to initiate plans to redevelop the town centre car park.

Since the demolition of the car park in 2004, various schemes have been considered for the site. The council says it hopes the funding can kick-start a project for up to 70 residential units on the site with no loss of parking.

The council says the project will ‘address the aspirations of residents’ by creating more affordable housing in the area.

The next steps include working on the details with partners in Brixham, including the town council.

Building work could start in early 2023 and be complete a year later.

The site at Torre Marine has been awarded £415,000 for groundworks. It has been the subject of various planning consents over the years, but none of them has been completed.

The funding will be used to try to overcome the previous issues, making way for the home which would be maintained and managed by a registered provider.

Torbay has a waiting list for such specialist accommodation, and the council’s own housing company Tor Vista would manage the project.

Cllr Darling said: “It is fantastic that Torbay has been awarded this funding to allow us to hopefully accelerate the development of these two key sites, if initial investigation works go to plan.

“In Torbay this summer we have seen record numbers on our housing waiting list and a severe shortage of care accommodation.

“The lack of housing supply has created a housing crisis in Torbay, therefore a project to accelerate the building of new housing is great news for our residents and local community.”

Deputy leader Darren Cowell added: “It is exciting to be awarded this funding and be able to hopefully release the land to accelerate and deliver this much needed accommodation.

“These projects once approved, also provide us with an opportunity to buy better and support our local economy as it recovers from the pandemic.”