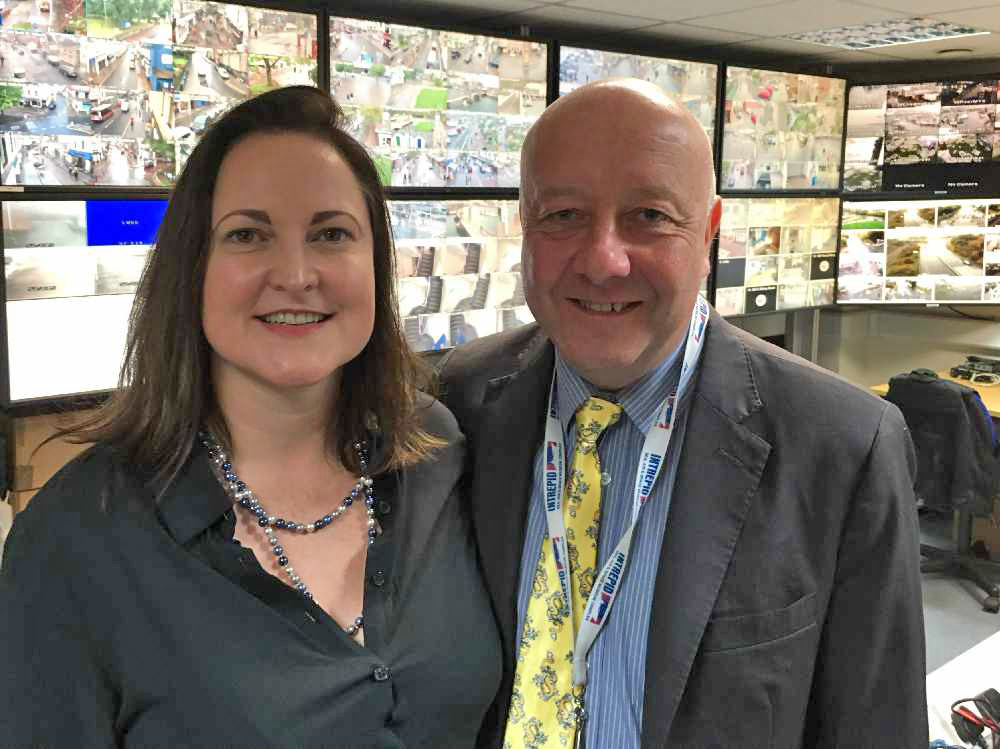 The Torbay system is the first of its kind in Devon and replaces ageing analogue cameras and wiring with state-of- the-art, high-resolution digital cameras.

The mostly wireless network now consists of more than 300 cameras and includes cover in areas where previously there was none.

The project to upgrade the system has been largely funded by Torbay Council with financial support from the Police and Crime Commissioner, Alison Hernandez.

The PCC is supporting investment in compatible, high-specification systems that link into central centres, meaning monitoring is consistent and professional.

Once up and running, satellite towns can connect to the centres, creating a resilient network.

Before the programme launched, towns and cities across the South West had a multitude of mostly incompat-
ible systems, some of which were more than 15 years old.

Some of the equipment was no longer supported by manufacturers and burdened local authorities with high running costs.

The new systems also helps local authorities to comply with recent legislation about the holding and sharing of CCTV images.

As well as deterring crime and providing high-quality evidence to assist in prosecutions when crimes are committed, CCTV can also help in the search for vulnerable missing people.

Torbay council leader, Councillor Steve Darling, said the Torquay monitoring centre, which already connects to Paignton and Brixham, and has in excess of 300 cameras, would assist the authority in creating safer and more prosperous communities.

Of the overall cost of the project, approximately £100,000 has been invested in providing a new control centre that has radio links to police, retailers and other partners like street pastors. The running costs of the new system will be significantly lower than that of the system it replaces. Cllr Darling said: “One of the key benefits of this new digital system is that it will vastly improve imaging. “I recently met with the two inspectors responsible for neighbourhood policing in Torbay.

“They were delighted at the improved standard of picture that the new digital CCTV system has generated and felt this would have a significant impact in tackling crime on our streets in Torbay.

“We are able to do this as the wireless infrastructure will enable significant revenue savings, which will be offset against the capital repayment costs – so the investment for the council is cost neutral.”

Chief Superintendent Keith Perkin, Devon and Cornwall Police commander of the South Devon area, said: “I am pleased that Torbay will have great- ly improved CCTV coverage. This will support our efforts in reducing crime, keeping people safer and bringing to justice those who are intent on breaking the law.

“Too often, many escape justice because of the quality of the images captured on CCTV.

“The new technology will undoubtedly help us in our investigations, leading to more people being put before the courts.

“I am pleased to see that Torbay has been identified as the first area in Devon to be able to use the most up-to-date technology.

“Along with additional police officers and PCSOs, this will help us work with others to make Torbay safer than it already is.”

Alison said: “CCTV has proved its worth time and time again in terms of deterring crime and convicting criminals, but it can
do so much more than that. Across Devon and Cornwall we have all too many cases of high-risk missing people.

“High-quality CCTV is a vital tool in the armoury when it comes to finding these vulnerable individuals. It also helps to protect frontline police officers and compliments the roll-out of body worn video.

“Ultimately, it will make our communities safer and mean our finite resources can be tasked more effectively.”