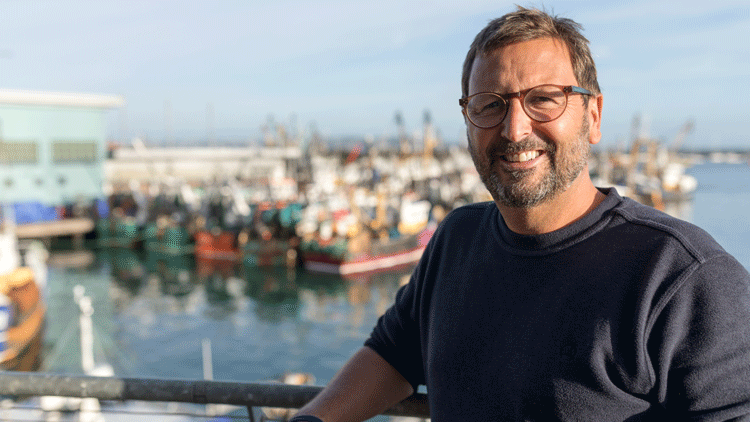 Some of the biggest names in cooking and seafood will be in Brixham in May 2020 for the port’s first Seafood Festival. Street stalls, live music and a lavish seafood feast raising money for local charities will be part of the new event, which will be run alongside the existing BrixFest celebrations in the town.

The festival will be held on Sunday, May 24, and is being backed by chef and Rockfish restaurateur Mitch Tonks, a long-term supporter of BrixFest.

At the launch, organisers said they aimed to stage an event that included local people as well as drawing visitors and trade to the town.

Festival spokesman Sophie Bower said: “Brixham is the most important fishing town in England with the busiest fish market in the country. Brixham pioneered the fishing method of beam trawling, which eventually spread around the world, and its location means its fishing fleet enjoys a diverse catch of some of the best seafood in the world.”

On May 24 the quayside will be lined with seafood stalls from oyster farmers, fish smokers, mussel growers, fish merchants, crab pickers and fish filleters.

Local chefs and restaurants will showcase their produce and show off their skills. The highlight of the day will be a long seafood lunch under the old fish market.

The festival will be free to enter, while the seafood feast will be ticket-only, with all profits donated to local causes.

Mrs Bower went on: “Mitch and the committee are dedicated to staying true to the ethos of BrixFest and involving the whole community.

“Local cafes, bistros and restaurants choosing to offer festival seafood specials will be promoted and the whole festival from the opening ceremony on Saturday to children’s day on the Monday will be themed around celebrating seafood and our fishing heritage.”

Further details and the chance to bid for the first seafood feast tickets will be announced at the official seafood festival launch at Rockfish Brixham on February 18.

The evening, hosted by Mitch Tonks and the team at Rockfish, will be a festival fundraiser. Call 07566 853186 for ticket details.