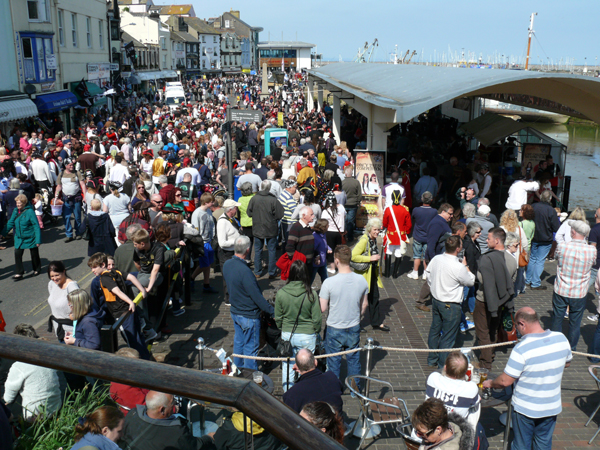 A huge thank you to Brian Pearce and his team of festival organisers and to everyone who contributed in any way to make the 2014 Brixham Pirate Festival such a tremendous success for the town.

Brian said figures were not available yet but the turnout was ‘brilliant’ and shops and pubs reported better trade compared with last year’s event which drew 20,000 people over two days. He continued “There were many highlights over the weekend. There were several exceptionally good bands. We also had jugglers and fire-eaters and people promoting Brixham’s heritage. It worked extremely well having two stages as it ensured people walked from one end of town to the other.”

We have just spent 4 days in Brixham, and we would like to say a huge thank you to everyone from helpful friendly bus drivers to all the lovely local people we met and especially the committee that ran the festival it was such a brilliant atmosphere. Please pass on our thanks I wasn’t sure who to contact, but felt we needed to let everyone know how much it was enjoyed.