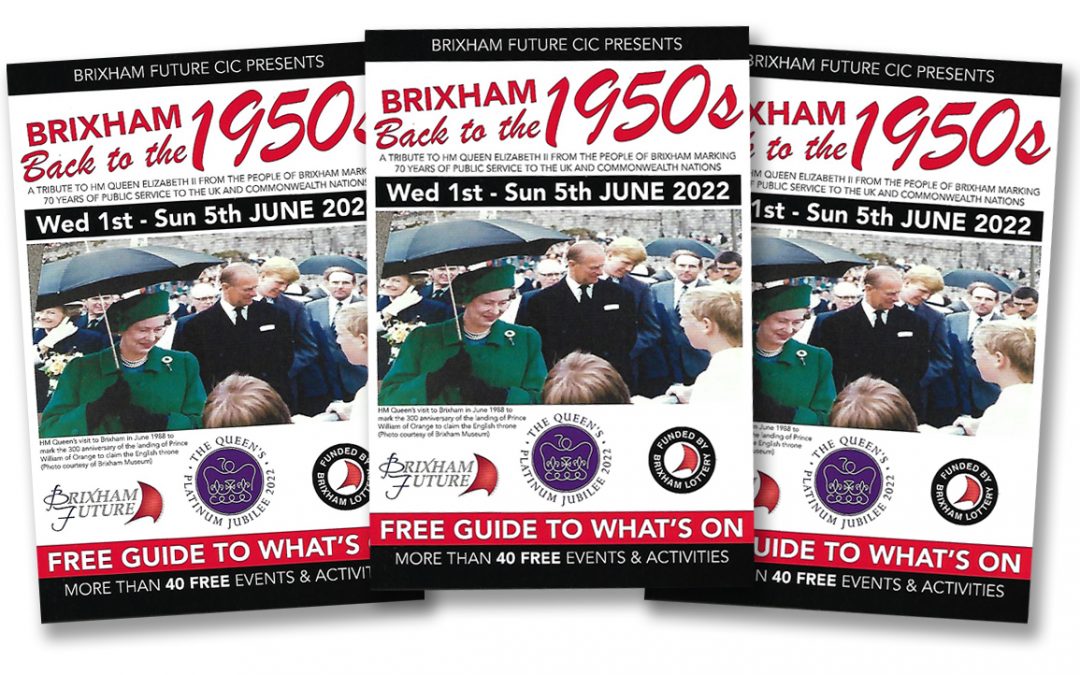 Brixham will be going back to the Fifties in style to celebrate the Queen’s Platinum Jubilee in June. Organisers working with Brixham Future have revealed their programme for more than 40 free events in the port to celebrate 70 years since Queen Elizabeth II’s reign began.

People joining the five-day party are being invited to don 1950s fashions for the occasions, with “full skirts for the ladies and leather jackets and slicked-back hair for the gents” the order of the day. John Brennan, who chairs the Brixham Future Community Interest Company, said: “It was such a significant historical period, with the highlight of The Queen’s coronation signifying a new age of optimism and post-war reconstruction.

“We will be delivering 40 free public events and activities including parades, exhibitions, displays, concerts, music, dancing and church services to inform and entertain locals and visitors alike. It is an opportunity for everyone to celebrate the best in our country.”

The main arena for the celebrations will be the Brixham Town Square directly behind the town’s main bus station. Mr Brennan added: “It was originally funded as a Town Square by European Regional Funding and is the only site in Brixham with capacity to entertain large crowds in a safe and secure environment.

“We are dependent upon our Brixham Lottery income, sponsorship and public donations, and are grateful to everyone who contributes in any way small or large. We anticipate expenditure of around £10,000, raised from local people and organisations.”

The formal launch event will be on Wednesday, June 1 with a social gathering at Brixham Yacht Club from 5.30pm followed by a quiz on the 1950s. The Brixham Community Parade will take place on Friday, June 3, assembling at 10am at the Man and Boy statue before marching via Fore Street to the Town Square.

The Parade will be led by the Exeter Pipe and Drums Band, and there will be a service of thanksgiving and community singing in the square. Other events include free concerts in the Methodist Chapel in Fore Street on Friday and Saturday at 4pm to 5pm when the Riviera Singers will perform.

Each day will also have different activities in Fore Street, Prince William Square or at the Old Fish Quay, with smaller entertainment or static displays such as 1950s vehicles. The Women’s Institute have committed to providing the 1950s Fashion Parade in the Town Square at 2pm on the Friday.

There will also be a range of activities at the Shoalstone Pool Green on Saturday June 4. Frances Robinson of Brixham Future added: “On June 4 there will be a 1950s Dance in the Scala Hall from 7.30pm.