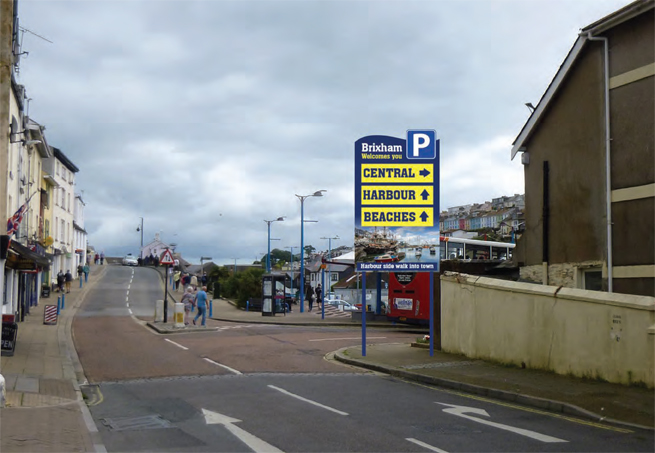 Improved signage around Brixham has won the backing of town councillors. They have agreed to support the initiative which was originally looked into by members of Brixham Chamber of Commerce.

It is generally accepted that many of Brixham’s signs could be much clearer.

Cllr Steve Clutterbuck said: ‘It needs to be kept plain and simple and to the point.

Areas have been identified where the signs could be much clearer.

For example, some people don’t realise there is a beach at Breakwater

He added any replacements should not be too garish as Brixham didn’t want to ‘look like a Disney resort’.

Examples of how new signs could look were presented to the Chamber of Commerce.

Cllr Paul Addison, town council chairman, said there were some examples which might not comply with highways regulations but it would certainly brighten up the town and make things easier for visitors to direct them to key points.

Cllr Jessica Stock pointed out the idea was about ‘better signs not more signs’.

And Cllr Rosemary Clarke said the suggested improvements ‘make so much sense’.

She added that currently there were no signs directing motorists to other car parks so if central car park is full, drivers simply leave the town.

The town council agreed to ask the Neighbourhood Forum’s transport group to work jointly with Brixham Chamber of Commerce to agree improvements, partly funded by the chamber.