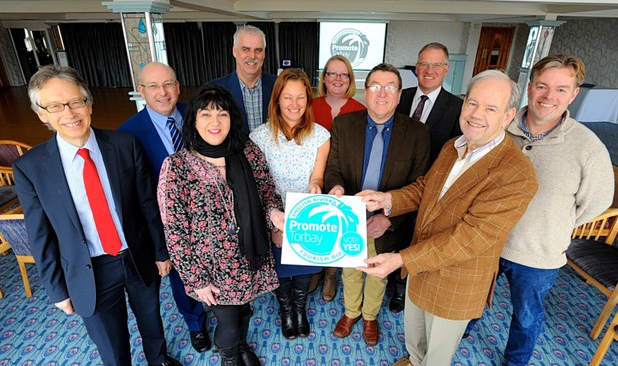 Torbay’s tourism businesses are being urged to unite and get behind a new move to ensure the English Riviera is promoted properly as a top seaside resort both nationally and internationally.

Plans for a tourism-only Business Improvement District for Torbay have been officially launched. The new BID would be led and run by the private sector and, if successful, could jointly generate £500,000 a year to spend on promoting Torbay. The money would be raised through the collection of an annual TBID levy from some 900 businesses large and small, ranging from B&Bs to four-star hotels.

Laurence Murrell (pictured), chairman of the new BID steering group, said in a recent online tourism survey conducted by the Torbay Development Agency, 72 per cent of businesses who responded said they supported setting up a TBID in principle.

A further 88 per cent said they believed there was value in a co-ordinated approach to marketing Torbay.

Mr Murrell said a successful tourism BID was vital if the English Riviera was to compete with rival tourism areas as Torbay Council is slashing to zero its tourism promotion budget for 2016/17.

Time is tight if there is to be a June vote ready for the BID to get under way at the end of the year.

But Mr Murrell warned: “If businesses don’t do anything and expect others to do it for them, it will be totally disastrous for the Bay. The tourism-only BID is the only option but it will only work if everybody gets involved. We estimate £500,000 is the minimum needed to market the destination. It has to be secured money and the BID has to have the support of the whole industry.”

The next step is to draw up a new business plan.

Mr Murrell said they felt it would not be right to rely on the plan drawn up for the unsuccessful joint retail and tourism BID proposal which was rejected before Christmas.

Carolyn Custerson, chief executive of the English Riviera Tourism Company which only has council funding to the end of the year, said: ”Securing sustainable funds will allow the valuable English Riviera brand — worth £450million to Torbay’s economy — to continue to be promoted in a professional way. Without a TBID there will simply be no coordinated destination marketing funding for promoting Torbay available from 2017. Tourism BIDs have been very successful in other areas. It is now for Torbay’s tourism businesses to decide what they wish to do.”