The Coroner films in Brixham 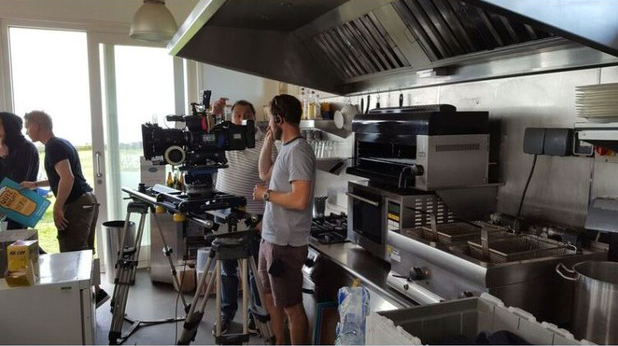 Brixham’s Berry Head is to star in an episode of the new series of daytime drama The Coroner.

The country park was one of the latest South Devon locations to be used as a stunning backdrop by the team for the second series of the show produced by BBC Birmingham. It stars Claire Goose as solicitor Jane Kennedy as she takes over the job of coroner in a South Devon coastal town she left as a teenager. Matt Bardock stars as Detective Sergeant Davey Higgins who was Kennedy’s childhood sweetheart, and together they investigate local deaths.

The crew filmed on the cliffs (which feature in the story line but we can’t give that away) and the Berry Head Guardhouse Cafe which closed for the day.

Lucy Foley from the cafe said: “They hired the café on Tuesday, while we had a pop-up café in the car park so as not to disappoint customers too badly who had walked all the way up to Berry Head for a coffee. On Wednesday they filmed around the headland, despite the rain. Apparently that can be airbrushed out? It’s great publicity for Berry Head and the cafe.”

The episode will be aired in November.