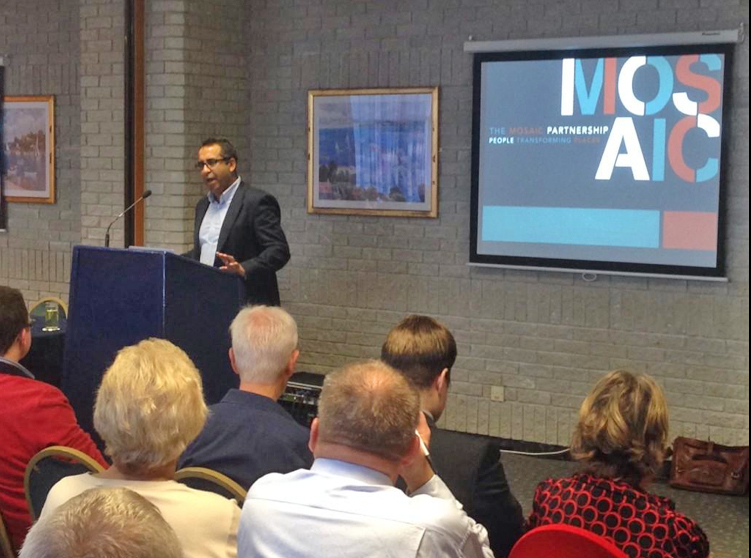 If Torbay’s tourism and retail businesses united they could run one of the biggest business improvement programmes in the country.

The potential ‘T-BID’ partnership to both promote and improve the Bay’s prospects was outlined by project consultant Mo Aswat, of Mosaic Partnership, to a meeting of the Torbay Business Forum at the Riviera International Conference Centre recently.

It could more than double the amount of money currently being spent by the private sector across the Bay on improvements and marketing in the existing improvement districts like Torquay town centre.

Mr Aswat said it could raise between £5million and £7.5million over five years.

It could take just over a year to get to the point where the tourism and retail businesses involved are balloted on whether they want it to go ahead.

If there is a majority vote, all businesses involved would have to pay a levy.

Rather than being in a specific location like a town centre, businesses shown to be involved in retail or tourism across the Bay would contribute the levy — expected to be approximately 1.5 per cent of their business rates — to a central budget.

However, the Torbay Retail/Tourism Business Improvement District could decide a proportion of the income is spent in specific areas of the Bay, such as town centres, as well as retaining a central budget.

Mr Aswat told the meeting Torbay’s programme could be bigger than the tourism bids in rival resorts like Great Yarmouth and Bournemouth.

It could involve around 3,000 businesses operating in Torbay.

In other areas, programmes are taking on council and other facilities and services such as public toilets and car parking and raising extra income to also invest in their areas.

The Torbay BID would have to draw up a business plan on what it is proposing to do.

It would enable long-term marketing plans to be drawn up for example the Dartmouth is planning to advertise on London railway station posters through its new BID.

The programme could also benefit levy payers directly, for example by including them individually in promotions and introducing cost-cutting central buying schemes.

A good scheme could attract more people to an area, improve the attractiveness of and facilities in an area and reduce business costs, said Mr Aswat.