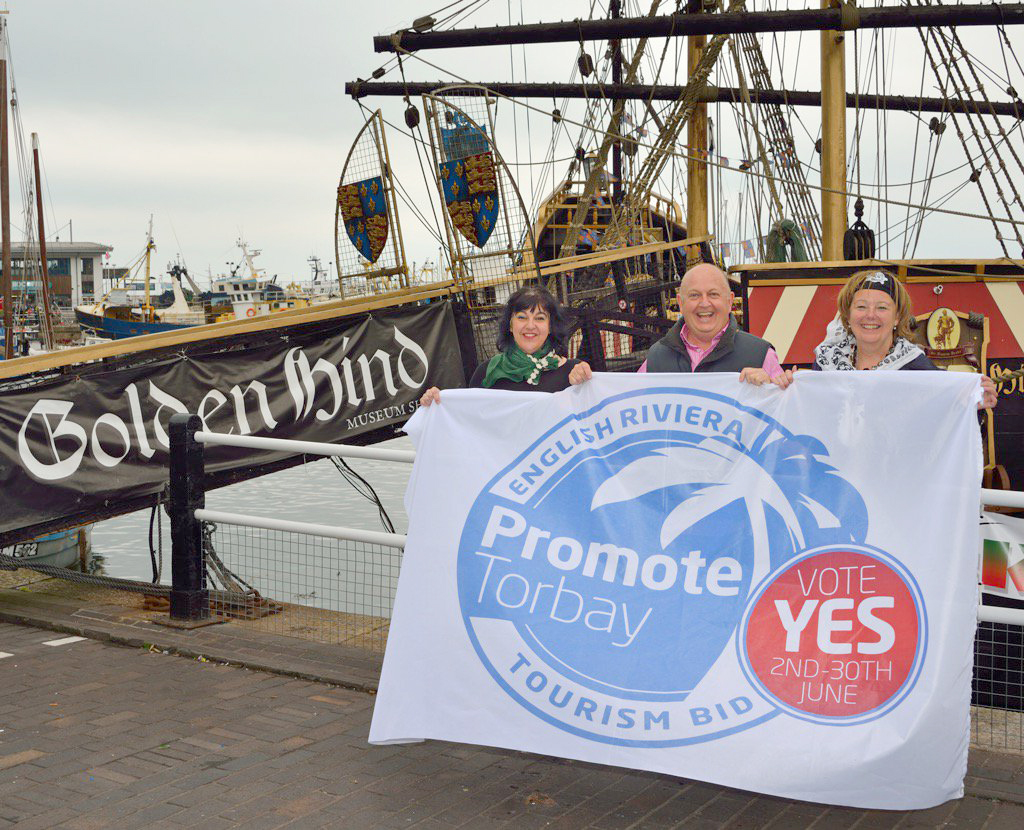 Torbay’s tourism businesses have given a thumbs-up to the creation of a new Business Improvement District for the English Riviera.

With a high turnout of 58 per cent the ERTBID was voted in by a 57.5 per cent majority. In all, 562 votes were cast with 323 in favour, in terms of numbers voting. In aggregate rateable value terms, the yes vote was even stronger with 71% in support of paying the levy.

The £3 million raised through the ERTBID levy will fund a new not-for-profit private sector-led company to deliver high quality destination marketing of the Bay both nationally and internationally. The money will be available over the next five years to continue the work of the very successful English Riviera Tourism Company.

Businesses will pay an extra 1.95% of their business tax, with payments ranging from £150 for the smallest businesses to £15,000 per year for the largest hotels and attractions.

The campaign began at the start of this year after Torbay Council announced it could no longer fund the English Riviera Tourism Company after the end of this year.

With 11,600 jobs in the Bay dependent on tourism, representing nearly a quarter of the workforce, the ERTBID Steering Group was quickly formed to begin work on the BID proposals, drawing up a robust business plan.

Chairman of the ERTBID Steering Group Laurence Murrell paid tribute to everyone who worked so hard, giving their time and talent to the cause. ‘I am delighted with the result of the ballot, he said. ‘I would like to thank all the 75 volunteer ambassadors who have been instrumental in securing this result for Torbay’s first Tourism BID and to all the businesses who voted Yes. This is a good day for Torbay’s Tourism and a vote for cooperation and working together

‘This is a very exciting time for the English Riviera, building on the award-winning successes of the last five years with the regeneration of tourism that we can see happening all around us. Establishing the ERTBID and working in partnership will help us all further increase visitor numbers and ensure prosperity for the future. Working together is key and we sincerely hope that even those who voted No will soon see that the funds raised through the BID will be a great investment for all of us.’

The new company will be launched in January, with interim work including the production of the official 2017 English Riviera Destination Guide to begin immediately by the ERTC team.