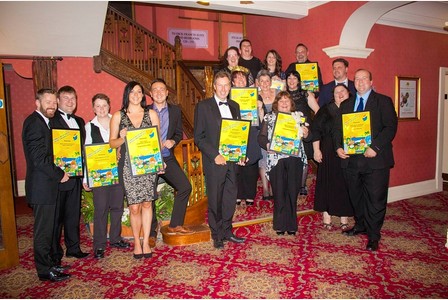 TorbayHour was set up by James Twigger in February 2014 when The Southwest was reeling from the devastating storms which cut off so many vital transport links. A massive online campaign was started in an attempt to show the rest of the uk that we were very much still #openforbusiness.

The campaign captured the imagination and enthusiasm of an already burgeoning online community in Torbay and has rapidly grown into a multi-faceted social media and networking organisation. Local businesswoman Sophie Bower has since joined James and as well as hosting the weekly virtual networking hour on twitter, the pair are active 7 days a week across mult social media platforms. The ethos behind TorbayHour will always remain rooted in promoting Torbay and the local businesses and organisations who exist here. We use our accounts without bias or agenda.