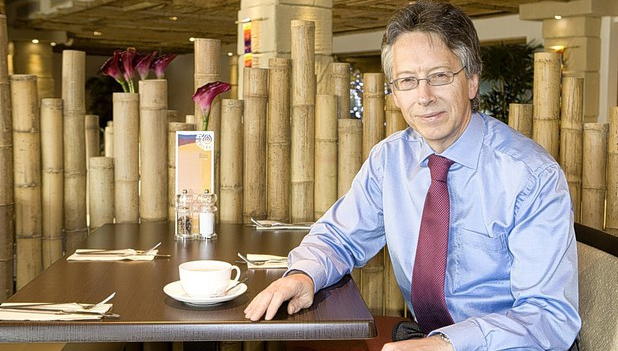 I am the managing director of TLH Leisure Resort which comprises the Derwent, Victoria, Carlton and Toorak hotels in Torquay. I have worked in the tourism and hospitality industry locally for more than 30 years and am currently a director of the ERTC. If, like me and 11,000 others, your job depends on tourism you should be feeling concerned about your future.

The failure of Torbay’s Retail and Tourism Business Improvement District means there is no funding and there are no plans for marketing the Bay after 2016. I believe the only viable option now is for the industry to work together to establish a tourism-only BID.

No one would want the success of the last five years to come to an end, during which the award-winning English Rivera Tourism Company has played a leading role in marketing the Bay and contributed to the confidence which has led to current and future investments. Torbay is the only area in Devon to have seen continuous growth over this period and is listed as the top UK seaside destination by Tripadvisor.

There is a real sense of opportunity with the new link road and developments like Abbey Sands as part of the regeneration of tourism. However, unfortunately, the ERTC’s time is up. It has been a public-private partnership led by the private sector, but the local authority no longer has the funds to put in their share of the costs. And in this competitive world, without ongoing marketing, our visitors will be enticed elsewhere. Resorts which have stopped their marketing have found this out to their cost.

It had been assumed the TRTBID would be the answer, but this has just failed by 31 votes. In my view, combining retail and tourism was too ambitious. It was a shotgun marriage, and with no single industry as leader, I feel too much was left to consultants from outside the area. Also it had to contend with the fallout from the Torbay Town Centres Company which was responsible for the finances of all local bids. This has given BIDs a bad reputation locally. In summary I believe the TRTBID failed to engage properly with its business community — only 36 per cent of the eligible businesses bothered to vote.

We are now faced with having to make new arrangements for marketing the Bay for 2017 when the council’s emergency funding runs out. In effect this has to be sorted out by summer 2016 to allow for set-up time. That’s not very far away. What is needed is the right level of funding, guaranteed for several years, and the support of a united industry. There are limited options to achieve this.

I believe moving marketing back into the council would achieve neither of these objectives, as they have neither the funds, nor the industry support to take it forward. You have to remember the ERTC was created in the first place because under the council, tourism marketing wasn’t working.

I also believe leaving it to a mix of private sector organisations to have a go would take us back to the fragmentation and duplication of effort which bedevilled our industry for so many years. Remember all those years of declining visitor numbers? Also sufficient funding could not be raised from advertising revenues alone.

I believe the only viable option is a TBID where tourism businesses contribute a levy to a central fund. It is subject to a ballot which if successful is legally binding on those businesses.

A TBID could lead to secure funding of up to £500,000 pounds a year for five years. It is totally democratic and will only happen if the majority back it and that support does exists. Analysis of the most recent vote indicates a tourism-only bid would have resulted in a Yes vote of approximately 60 per cent by number.

After the demise of the Town Centres Company there is concern about the governance of any BID, but the ERTC has demonstrated how this can be done with secure financial management and a determined focus on objectives, giving great value for money.

BIDs are now common, with over 200 in place in the UK, including many of our competitor resorts. Ninety have come up for re-ballot, and 90 per cent have been voted to continue, which show the vast majority are successful.

A TBID will be much less expensive to launch than the recent ballot as no consultants will be involved, but that means the work will have be done by the industry. So if you are concerned about our future and want to see this TBID succeed, you have to engage with the process, unite, and grasp this great opportunity to secure a stable future for tourism and ensure Torbay capitalises on all the recent positive developments