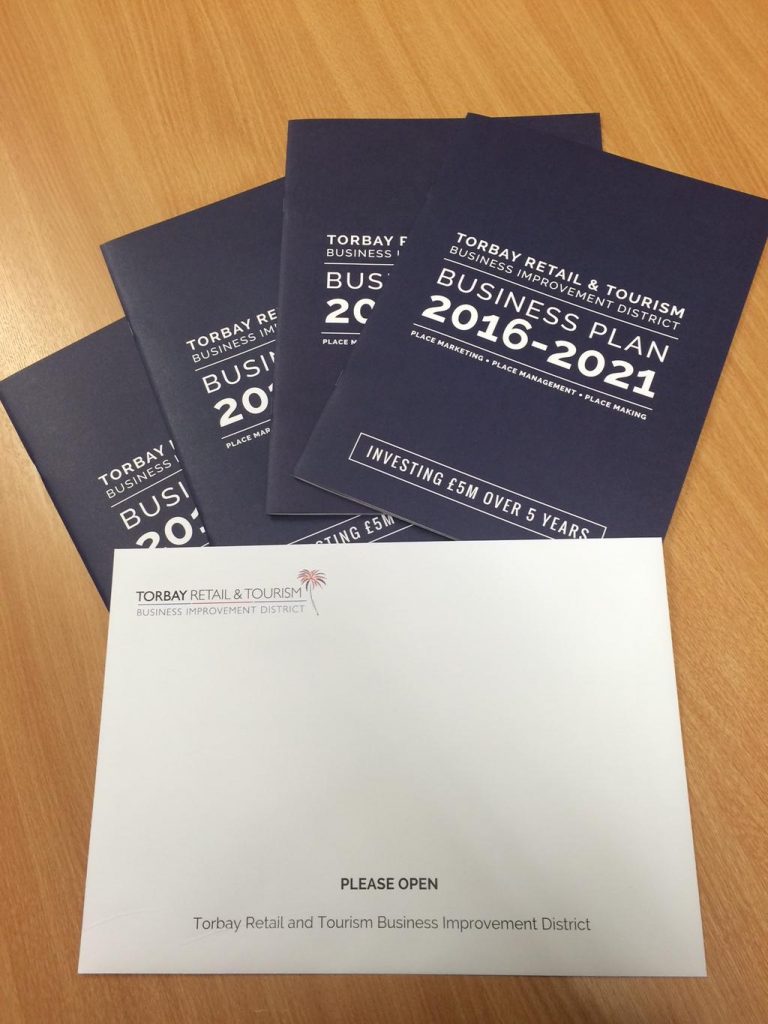 Torbay Retail and Tourism Businesses have voted against the proposed Business Improvement District with the following result:

For a BID to be successful, of those that vote, over 50% by number and 50% by combined rateable value must vote in favour of the BID. The TRTBID has been under development for the last 18 months and this result will mean that £1million per annum that the TRTBID would have secured if successful will not now be available for investment in Torbay.

Sarah Whitaker, Project Manager for the TRTBID said “Of course I am disappointed with this result for Torbay. Much time energy and resources were put into this process in order to produce a plan for Torbay that would have allowed strong management of the area and continued the good work that has been going on across the Bay in recent years. I would like to thank the TRTBID Task Group who have been instrumental in the development process and have given their free time throughout. To the businesses in Torbay that have provided us with information, feedback, attended meetings and have
supported the TRTBID – thank you very much also.”

Managed independently by Electoral Reforms Service, the postal ballot opened on the 14th October and ended at 5pm on Wednesday 11th November 2015. The result was declared at the Palace Hotel, Paignton at 4pm on Thursday 12th November.

Mo Aswat Chair of the TRTBID and Project Director said “Torbay is a major retail and tourism destination and in order to compete effectively it will now have to explore new opportunities for funding to continue the good work that has been built here. Whilst the result is disappointing for us, BIDs are democratic and the majority have spoken”.

Sophie Bower of Millie and Me, the TRTBID Task Group and Brixham Chamber said “It is a sad day for Brixham and all of Torbay with the defeat of the TRTBID. For once, words fail me!”