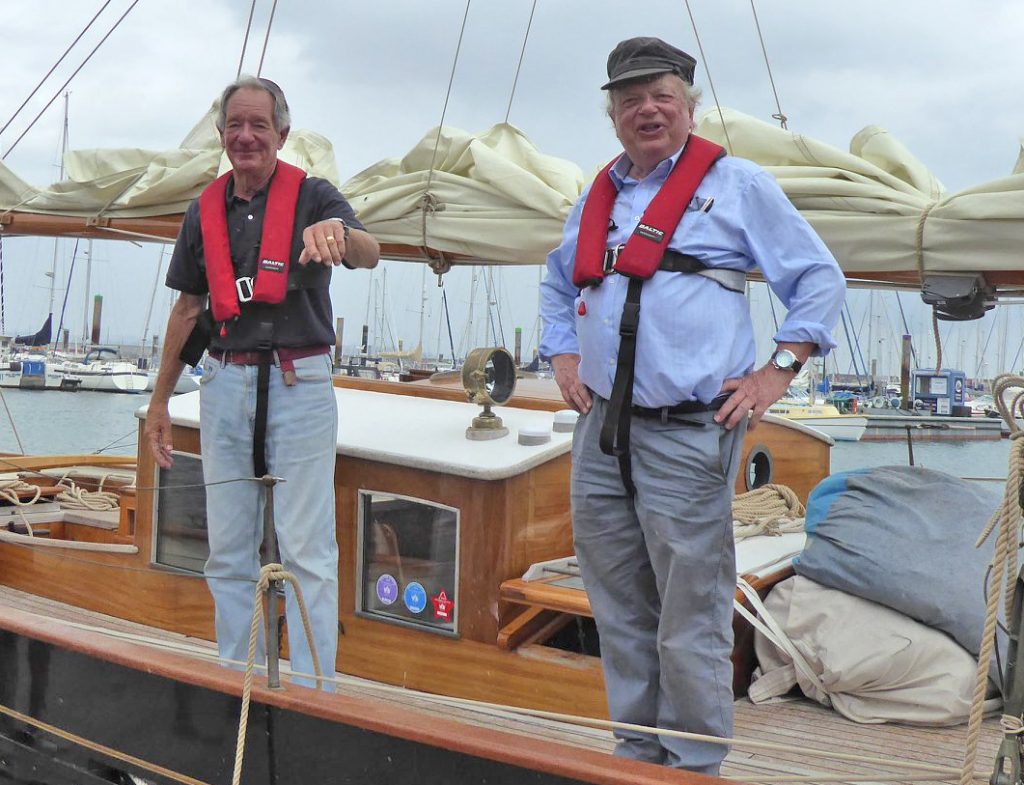 TV celebrities Michael Burke and John Sergeant stopped off in Brixham as part of a sailing trip around the coast of the UK. The pair were filming for a new series about sailing around the UK and had set off from Lowestoft.

After four weeks at sea, they were greeted on their arrival in Brixham by the Missin’ Tackle Shanty Crew. The group gave them a rousing welcome as they docked at the visitor pontoon.

The stop over gave the pair the opportunity to enjoy a champagne cream tea provided by Bob Higginson and his crew from the Brixham Steam Packet Company.

There was an opportunity to talk with the crew of The Vigilance, who had provided a sailing escort into the Bay as well as talking to other locals about their recent exploits afloat.

The series is expected to air on Channel 5 later in the year.