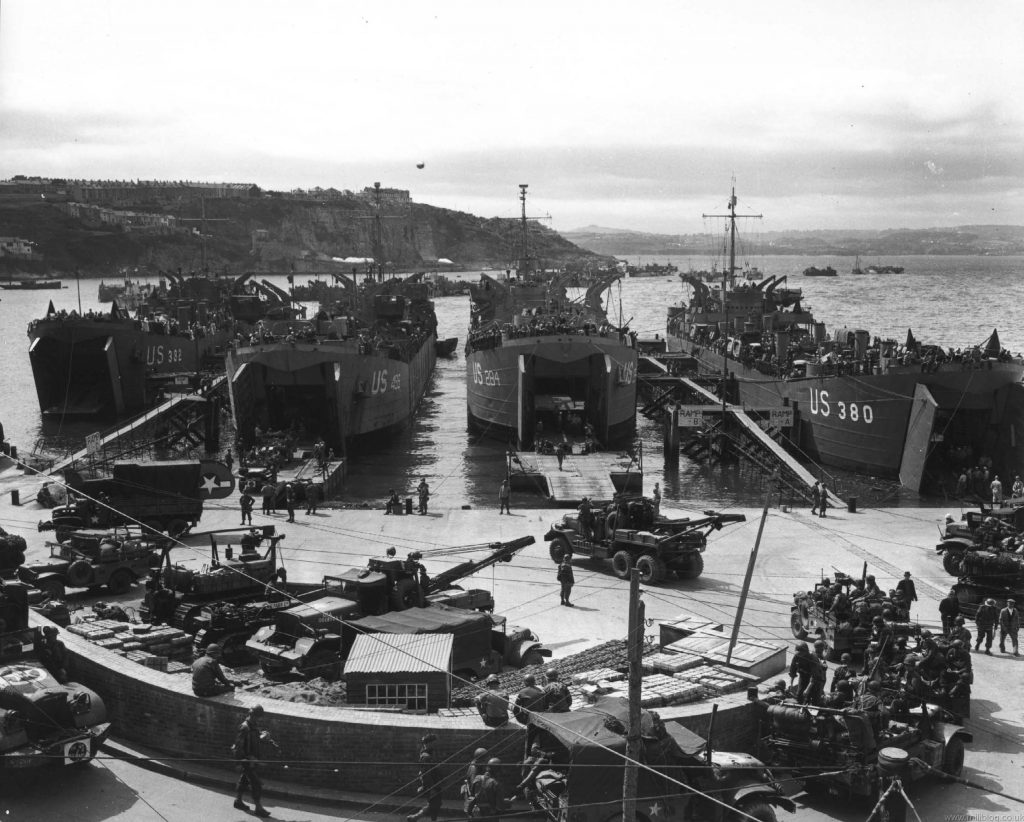 Details have been revealed of a series of information boards which  are to be erect­ed to commemorate Brix­ham’s role during the Second World War.

The  project has  been organised by  regeneration group Brixham  Future which is aiming to create  a ‘lasting legacy’. Eight    boards,  to be installed to  mark the  75th anniversary of D-Day, will feature different aspects of wartime Brixham.

Brixham Future spokes­man John Brennan explained: “The Churchill Memorial Garden site  was originally houses demolished to create the  turning circle for  Sher­man  tanks to  embark from the slipway below.

“We are delivering a major improvement by erecting eight  one-metre square infor­mation boards on the garden walls  alongside other  poten­tial improvements.

“The  information boards, which are intended to last for the  next  25 years, will  link Winston Churchill, Second World War, D-Day and local people and the  site in text and pictures. The  site will become an educational focal point.”

The  boards will include information about wartime prime minister Winston Churchill, after whom the gardens were named.

Homes were demolished where the  gardens are  now in 1943 to provide space  for American tanks to embark as part of the  4th  Infantry American Division  which  led the  invasion of Europe. The town’s war memorial records the  deaths of 125  Brixham people in the conflict.

Brixham,  is known as ‘the town that helped liberated Europe’ as it played  a crucial role on sea, land and air. In  the  key  24 hours of D­ Day  June 6, 1944,  the  first American ground  troops landing on  Utah beach departed from the  slipway below the gardens.

The boards will also record how  many Brixham people volunteered to evacuate people from Belgium’s coastal ports. Coastal defences were built from 1939 including large  artillery emplacements and smaller shoreline defences such as beach obstacles and machine gun emplacements.

Out of an original 130 such installations, only two remain open to  the  public, one  of which is  Brixham’s own Battery Gardens.

The  port’s role  in  D-Day was  crucial  to the  liberation of Europe  as many of the first ground troops and heavy equipment embarked from the  port’s ramps were des­tined for Utah beach.

More  detailed information can be seen in Brixham Heritage Museum.